Excited to see you back again! We are super sorry to keep you awaited for some freshly stitched 😉 content but if you want to stay updated for BTS about GetEthnic, then you can follow us on our Instagram handle as there’s always something or the other going on. Go check it out and don’t forget to follow to get latest updates and regular post deliverables! 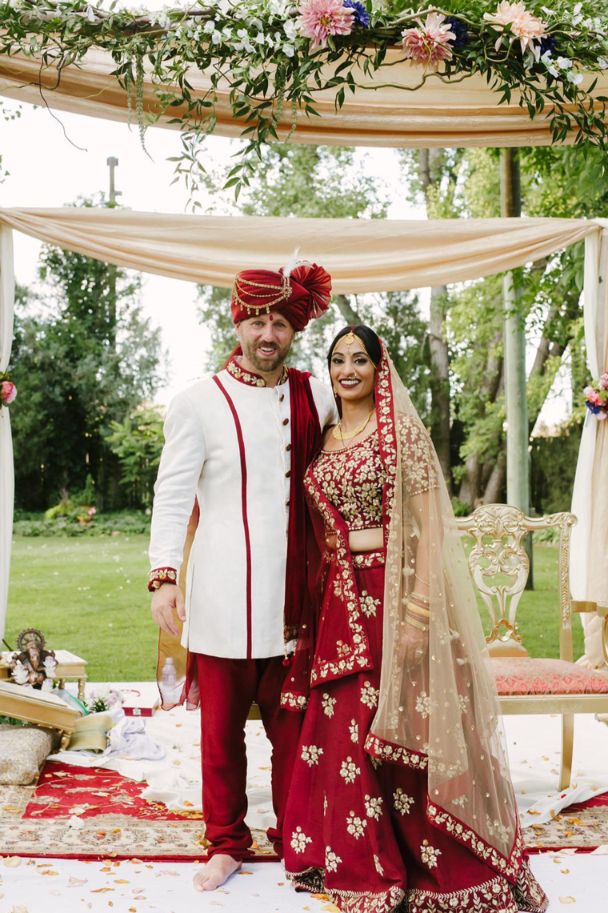 Made by us | Get your Indian Wedding Dresses

Now coming back here, this time we are all about Indian and American cultures fusing together to bring exciting and exquisite realms to reality about Indian American Wedding aka Fusion wedding if we may call it!

If you are an Indian origin staying outside India or have a friend or relative planning to or already married to an American, then you must be aware of the fact that how different and exotic fusion weddings are. 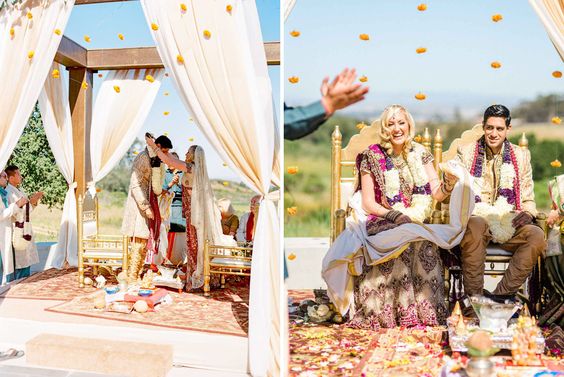 In fact, with Indians living across the globe now, there’s no surprise that Indian American weddings are becoming hugely popular with even some popular actors from Indian Bollywood industry getting married to people of other races like our very dear Priyanka Chopra and even Ileana D’Cruz and to count a few more, from other industries as well.

But with Indian fusion weddings, what comes to be one of the crucial considerations is to maintain a balance between the cultures and customs of two entirely different races.

But it seems that both the races are quite adaptive of each other’s cultures and other wedding factors whether it be religious customs or food or even traditions. 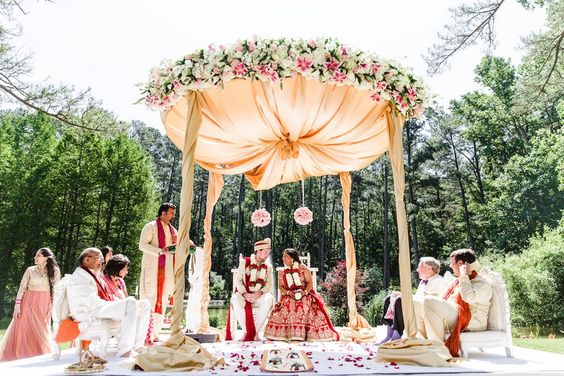 So let’s go through some of the facets of what goes behind such a wedding.

But in America, the wedding invites are kept subtle, simple and not much of an OOTD besides the fact that for some high-ended weddings, some gifts might too be sent along.

But in an Indian American wedding, mostly people try to come in between when it comes to this part so that no one feels betrayed and there’s respect for each other’s thoughts in each other’s steps towards organizing a successful and memorable function. 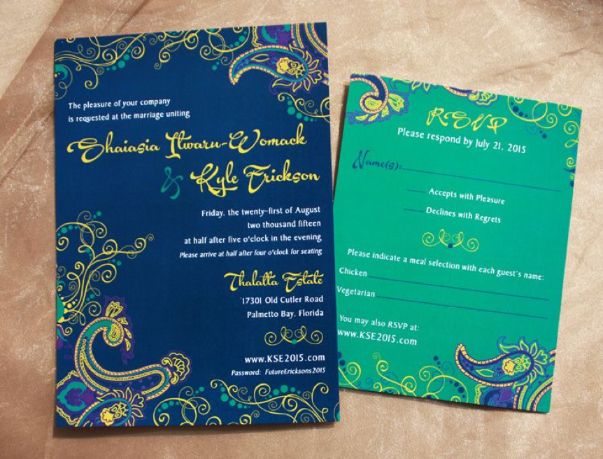 Back In India, we have a lot of functions like engagement, mehndi, haldi, sangeet (a lot more of others as per different cultures) and finally the D-day. But in America, that’s not the case.

They only have a Church wedding followed by a reception ceremony, that is, a single day affair only. Though in other western countries, the traditions of course might vary and also change from a single day event to multi-day events.

But shockingly, Americans these days are actually quite interested and involved in Indian wedding customs and rituals with them following all of the rituals with equal enthusiasm and zeal.

In fact, they try to outshine the Indian family ;), though in a positive and fun way of course.

Now this is not new to anyone these days with people adopting the culture across the globe to cherish some memories before becoming a couple officially.

As this is only about the couple and might also include families as well, the entire feel is a usually a mix of both Indian and American with background usually giving American feels while the attire is usually Indian as the shoots very rarely happen in India.

But even if it’s India, the attires remain the same though there are western touches as well because why not! 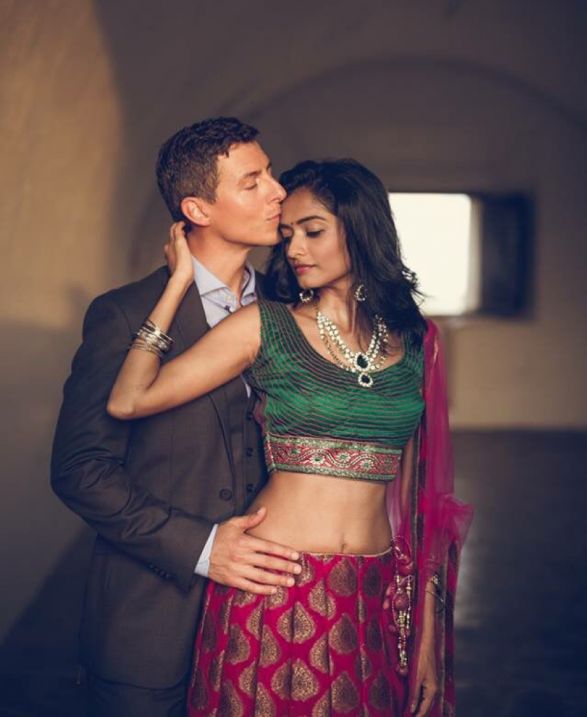 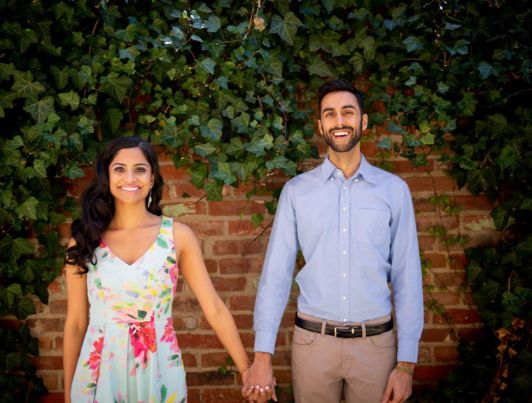 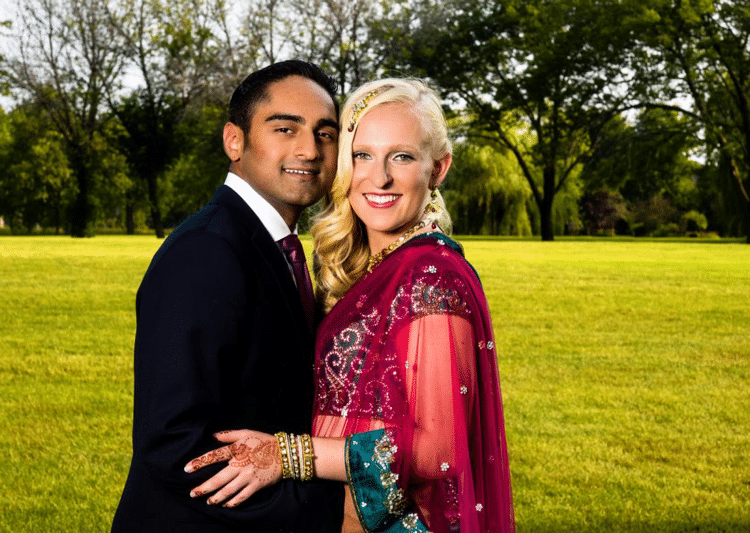 India based Influencer Dipa Khosla looked ravishing and nothing less than regal at her pre-wedding photo shoot with her Dutch husband with even her man donning an Indian attire for her would-be Indian wife. 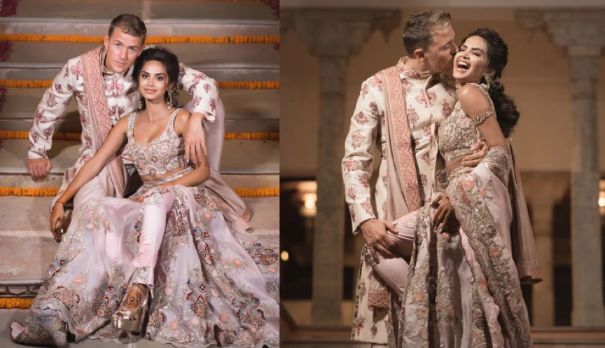 Get Indian Bridal wear which is custom made as per your requirement and Body Type.

Again, this is what only happens in India and not in America. But American families are seeming to enjoy these wedding customs of India more than the Indians themselves as these aren’t only new to them but also highly fun.

Moreover, they are happy to be a part of their partner’s culture’s wedding festivities in order to make them feel special and complete. 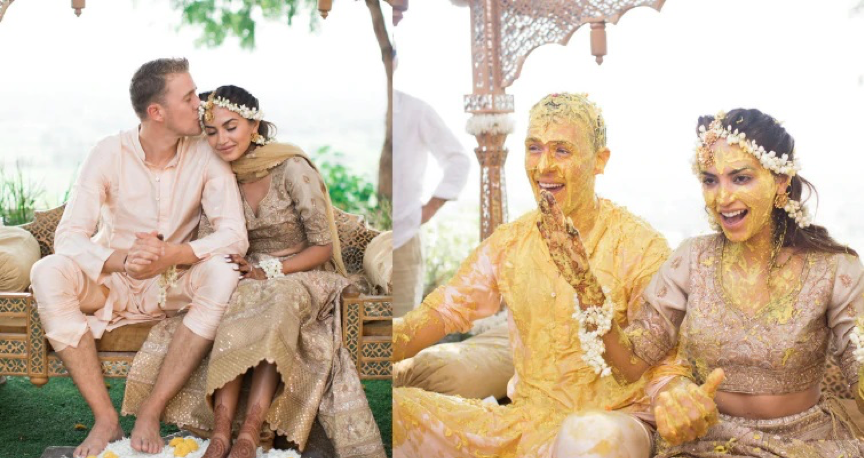 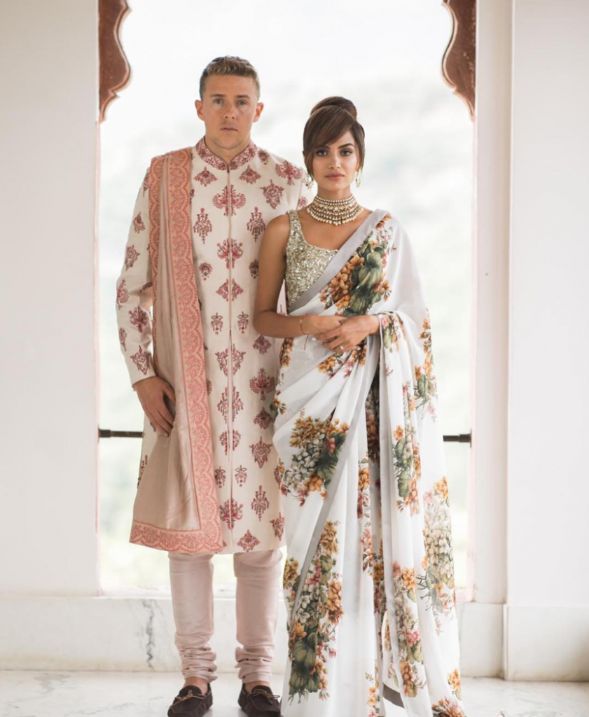 It seems that looking subtle but feeling regal was the overall theme of Dipa Khosla’s wedding as beige, white, colourful prints and heavy makeup can be seen as an integral part of her outfits throughout her 4 day wedding affair. 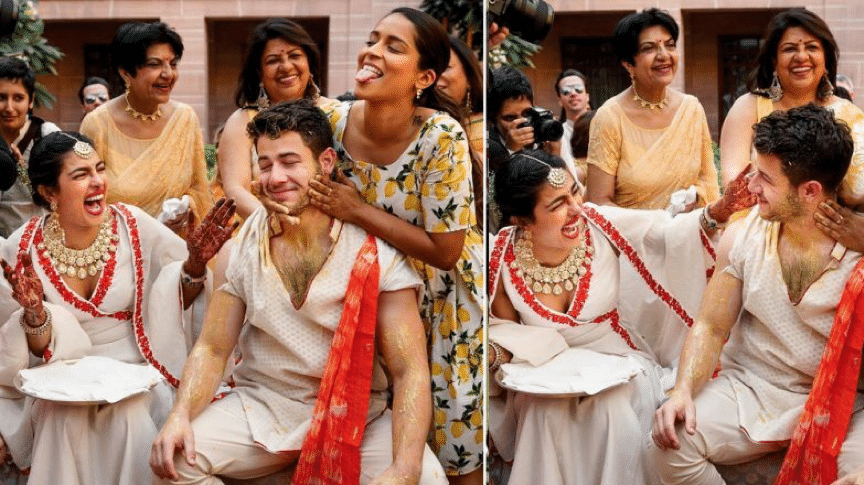 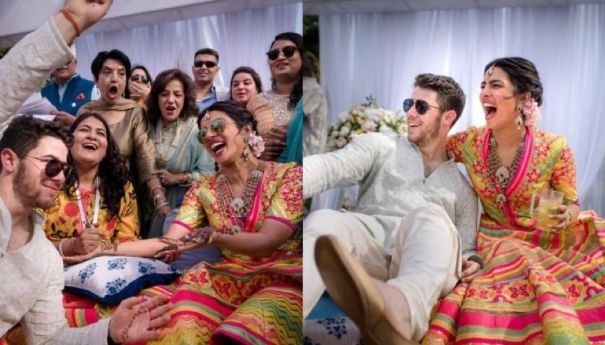 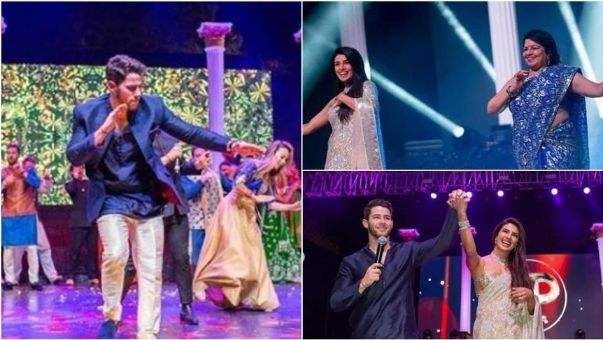 Also Priyanka Chopra and Nick Jonas’ wedding has been one of the grandest affairs with all the limelights and focus on them. But what is clearly evident is that the Jonas family was completely into the festivities and every function.

They actively participated in the sangeet after months of preparations at Hindi songs and what not.

This gives a clear evidence that Americans quite really enjoy Indian culture and everything that comes from it.

Lastly and finally, the wedding day. This is the last day for Indians and probably the second last event for the Americans (as they have reception mandatory afterwards).

These days, it has become quite an option for Indian – American couples to either go for America based Church wedding, Hindu ceremony or even both depending upon a lot of factors.

As stated earlier already, both Dipa Khosla and Priyanka Chopra had weddings as per their and their husband’s cultures. 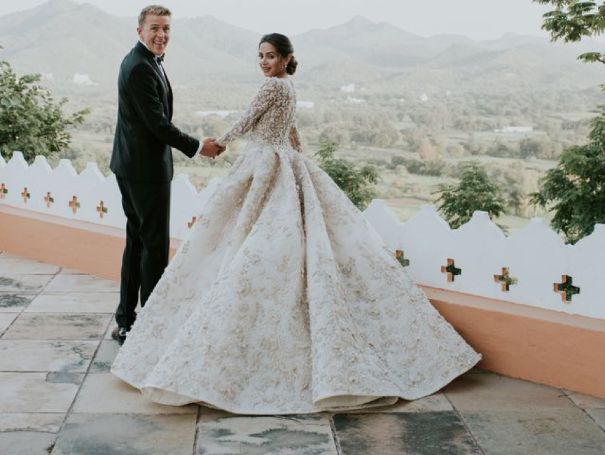 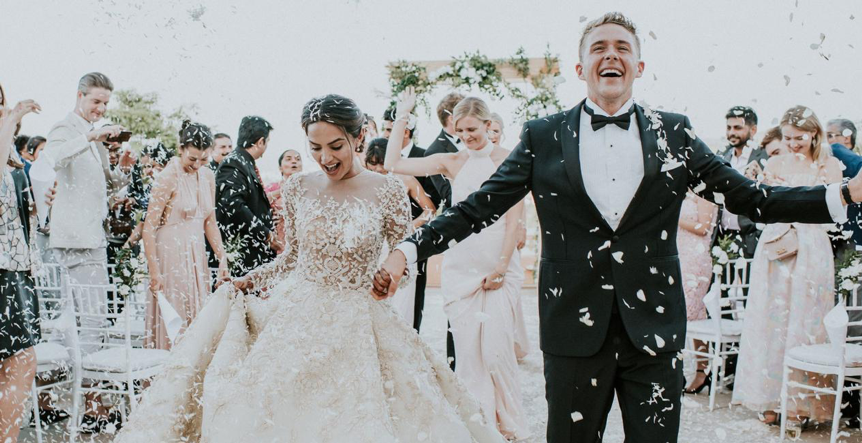 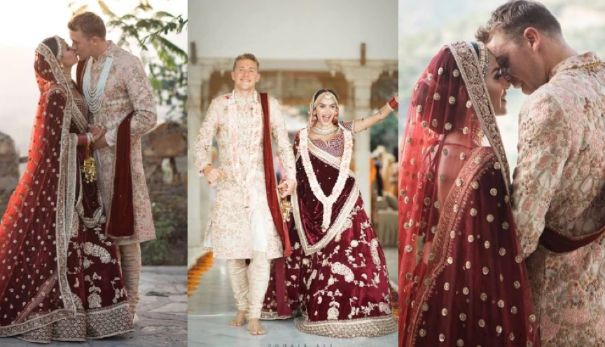 Dipa Khosla, one of the most sought after example of an Indian-Dutch wedding had a wedding of her dreams donning superbly designed chic Indian clothes for both herself and her husband. 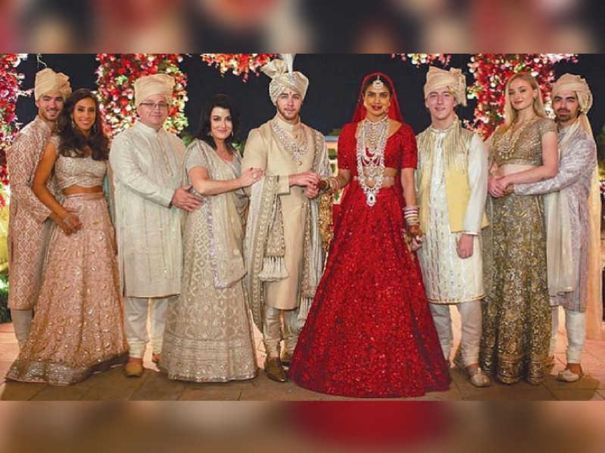 Similarly, our Desi Girl aka Priyanka Chopra and Nick Jonas had weddings as per both the traditions. Donning red Sabyasachi lehenga has surely taken nerves of brides to the top.

Lastly it is about this reception function. Now, the culture of reception is not new to India but still is not something which is practised essentially.

But in western culture, it’s like a customary custom being followed religiously wherein a cake is cut by the officiated couple, with close family members and friends giving their lovely messages and wishes to the couple with an ode to their new beginning and happy married life ahead. 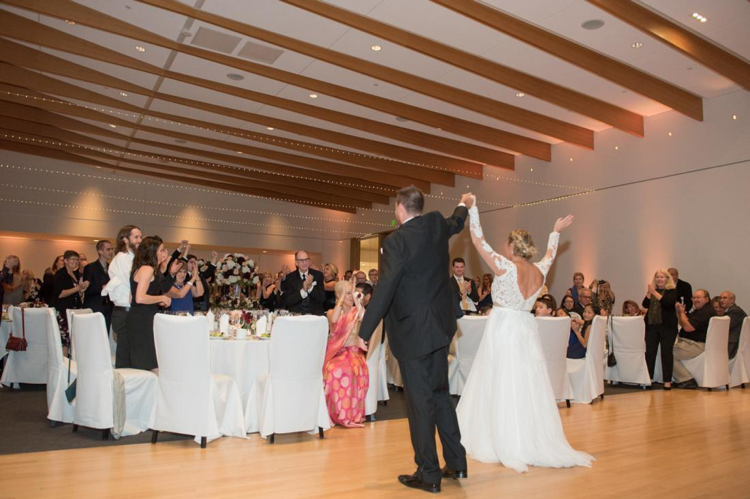 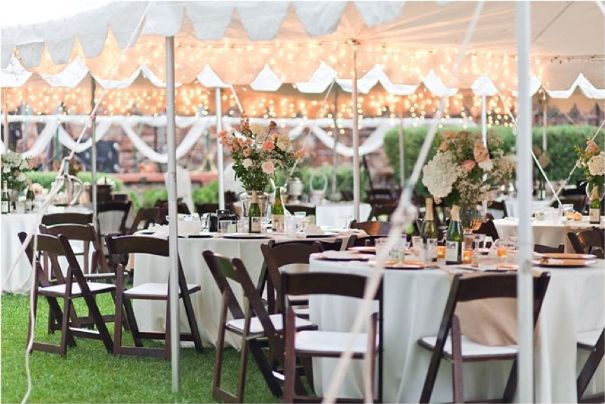 Lighting, champagnes, light but soothing colours, theme based decor and multitude of guests.

Lastly, to give you a glimpse as to what GetEthnic has got for one of its Indo-American clients, below you’ll be seeing some of our beautiful creations. Totally mesmerizing and a true designer piece to vouch for, the bride and the groom were super happy and satisfied with the final results. 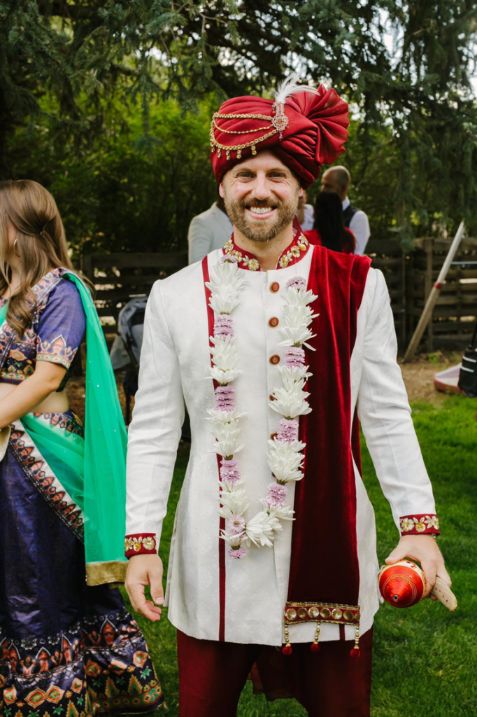 As the wedding was going to happen as per the Indian tradition, the bride was very much sure about how she wanted her groom to look which is quite visible in the color scheme with maroon and white dominating the outfit.

The groom Corbin was very much into the Indian ethnic wear with maroon white sherwani. The sherwani is being stitched on white self-brocade with maroon panels in the front, and work on the collar and wrist matching the bride.

And also custom made juttis (Indian ethnic footwear), turban and safa (aka stole) were designed to complete the look.

A little accessories were being added to complement the entire look.

Coming to the bride, Neha Patel’s lehenga, the color is set to maroon and in raw silk with work of zari, katdana and sequins mix.

The dupatta for the lehenga is of net with bootis all over and a silk embroidered border. 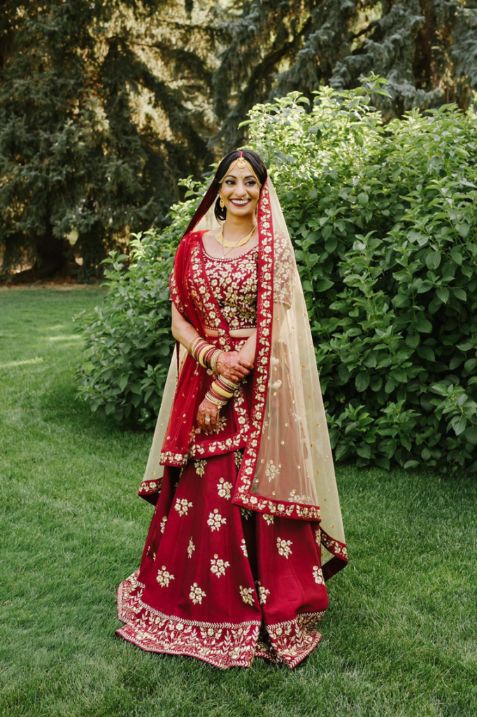 As the lehenga was quite heavy, the bride chose to go for lighter jewelry, makeup and loosely tied hair.. The overall look seems so regal and relinquishing to automatically fall in love with.

The couple was courteous enough to let us share their private pictures with you, our audience so that you get to know that what expectations you can have from the work of GetEthnic and by its designers and artisans. 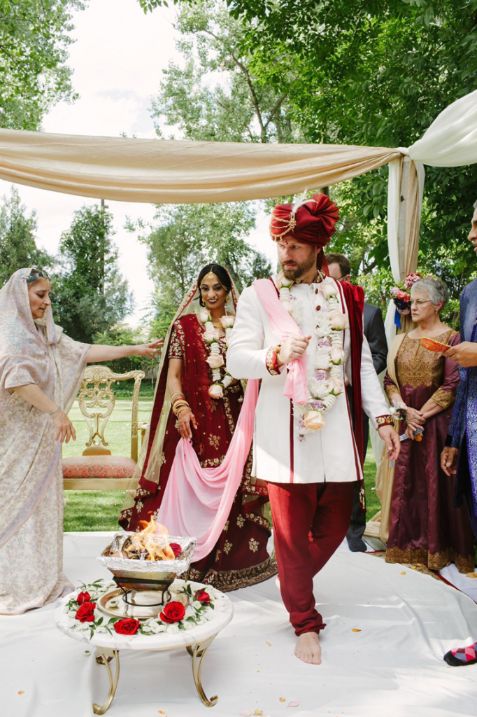 So if you think that you found this couple’s outfits an inspiration for your wedding or for someone in your family or even yourself, then don’t forget to contact us and land yourself up with a file which will have everything about the outfit helping you know it in detail and some BTS of it. Let’s get rolling and stitching for you!

Look at how much intricacy and craftsmanship goes in each and every outfit you wear. Our clients all over USA and Canada love it for that. Here is one of our clients talking about her Wedding Outfits: