Baraat! When you hear this word “Baraat” then immediately you think about dancing in group in front of a carriage or often a horse/mare carrying the beloved groom!

The most exciting part of the marriage is when the bride is gazing through the corner of the window and the groom comes in sitting on the horse while the relatives are dancing it all out. Not to mention best friends too.

The Baraat culture is mostly seen in the north Indian weddings but the other people are also considering it’s hype and indulging in the same ritual as the photographer can capture more shots of the groom. Lot’s of event planning goes into making the Baraat a success. The band, dancers, and other stuff need to be looked after. 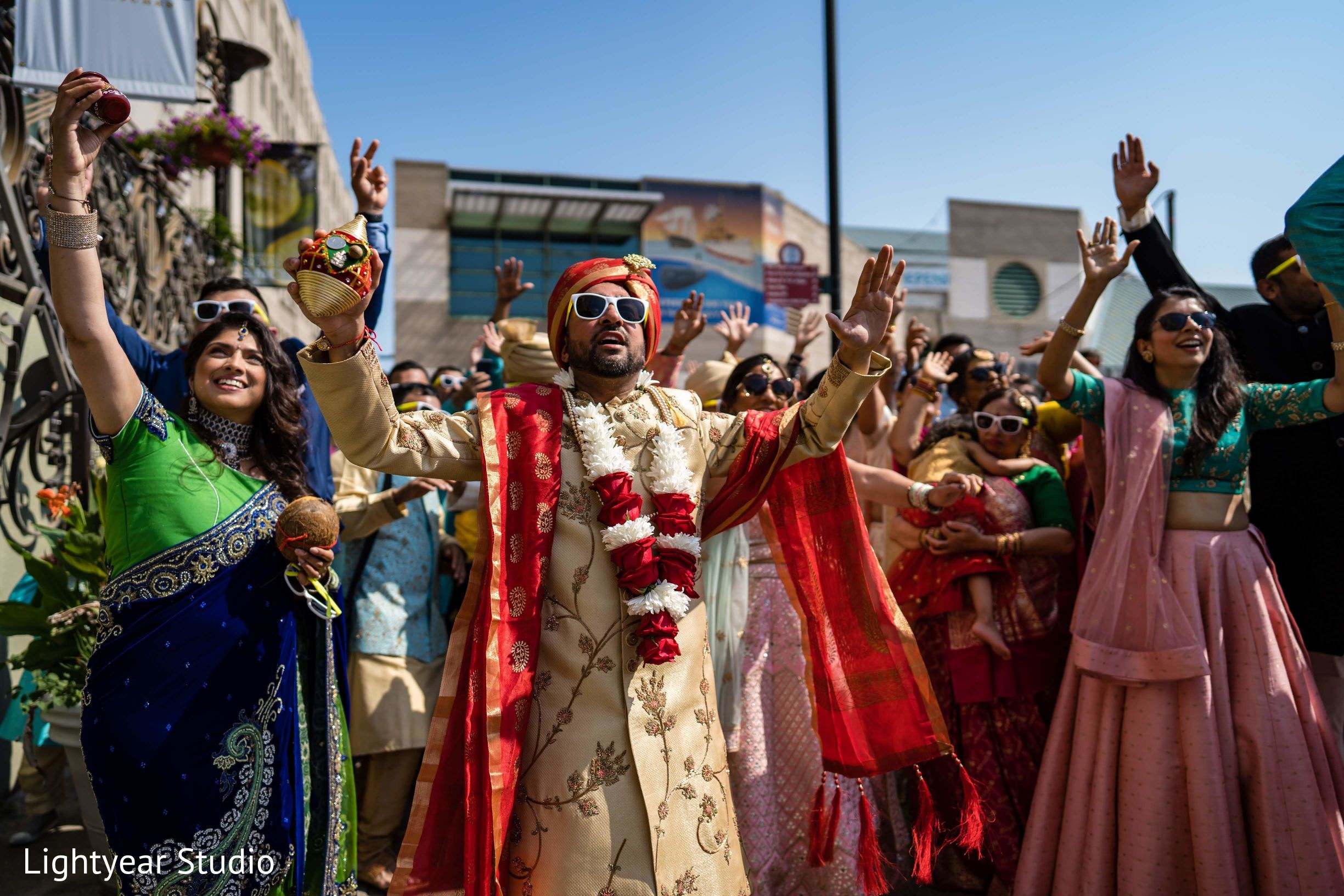 What is a baraat?

In short, Baraat is the Indian Hindu Wedding procession. In this Baraat, the groom carries a sword and a little boy sometimes accompanies him too known as sarwala. As the Baraat reaches the wedding venue the elders of both the families meet and proceed with the Aarti ritual to welcome the Groom and his family in. 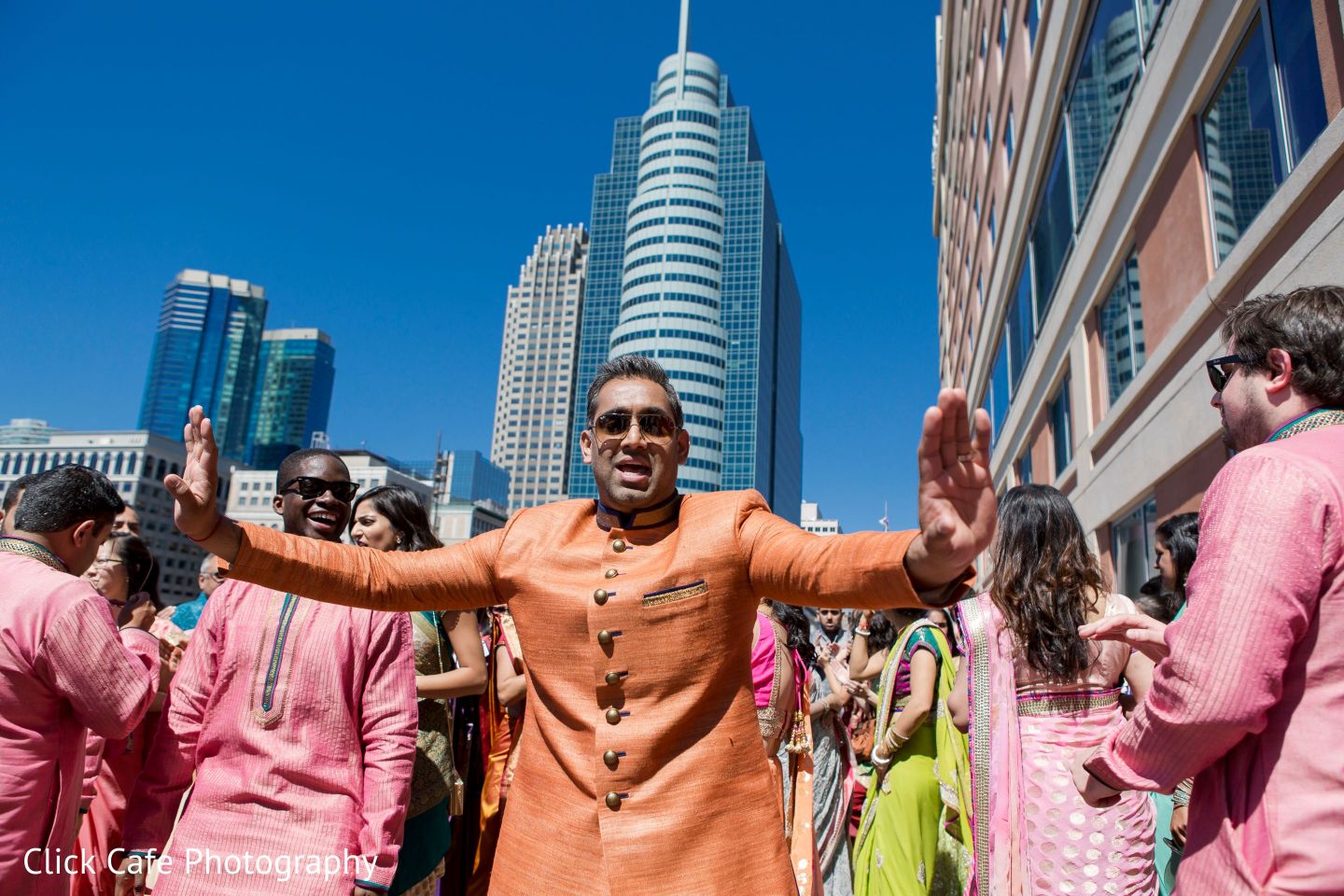 Look at this! Take a cue and create a dress code for all the folks who would be joining. It looks flattering! Groomsmen usually wear the same attire which could be a kurta pajama or a sherwani. When all the groomsmen dance in the same attire it takes the baraat energy on a different level.

Though baraat is ceremony which is being celebrated differently in different cultures. Where in North Indian Hindu and Punjabi weddings, it’s celebrated with a lot of high pitched music with crackers where as in southern part of the country it’s much more subtle. Let’s see baraat in different Indian cultures: 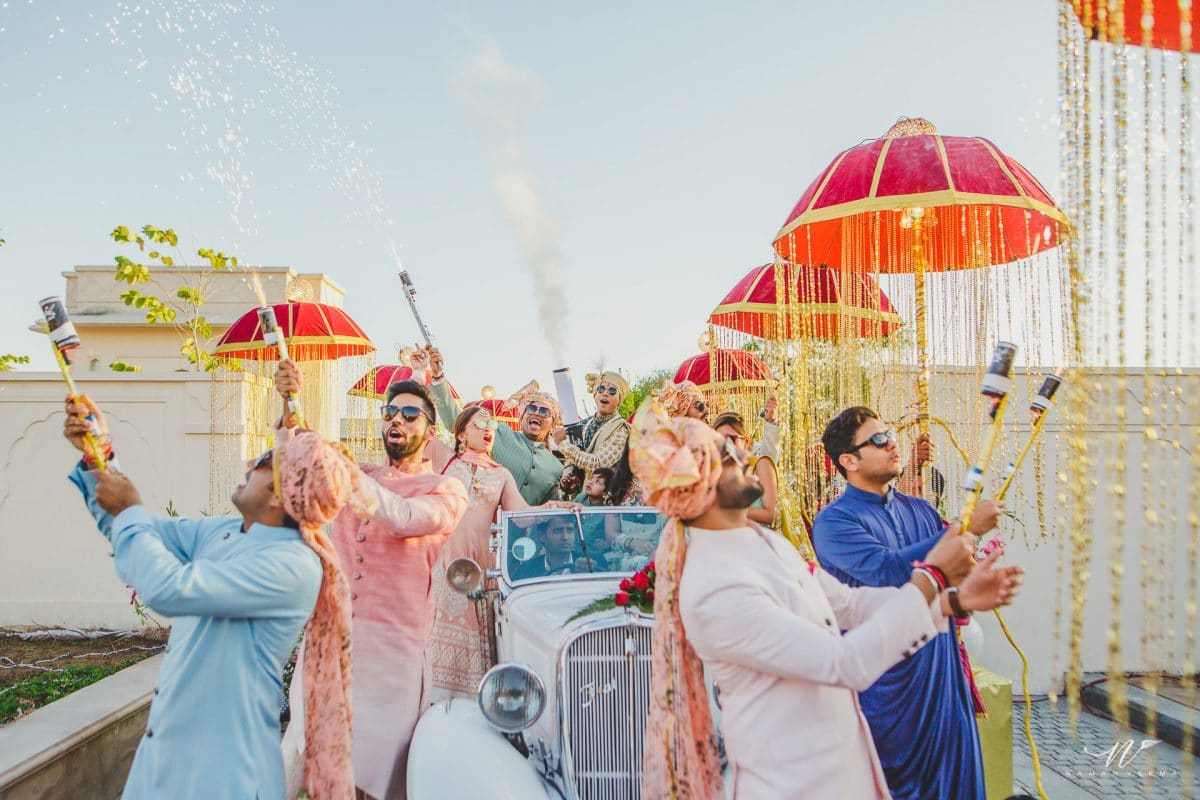 What are the various options groom’s carriage options in a Baraat?

Warrior on a Horse – Traditional Baraat

It’s the popular choice amongst the grooms out there. It’s a mare but we usually call it a horse but none the less the fun is unlimited sitting on it. Since you are the center of attention (obviously 🙂 ), the whole baraat dances in front of you on the Dhool or exclusive music party songs which is played on full volume to announce the arrival of the groom. 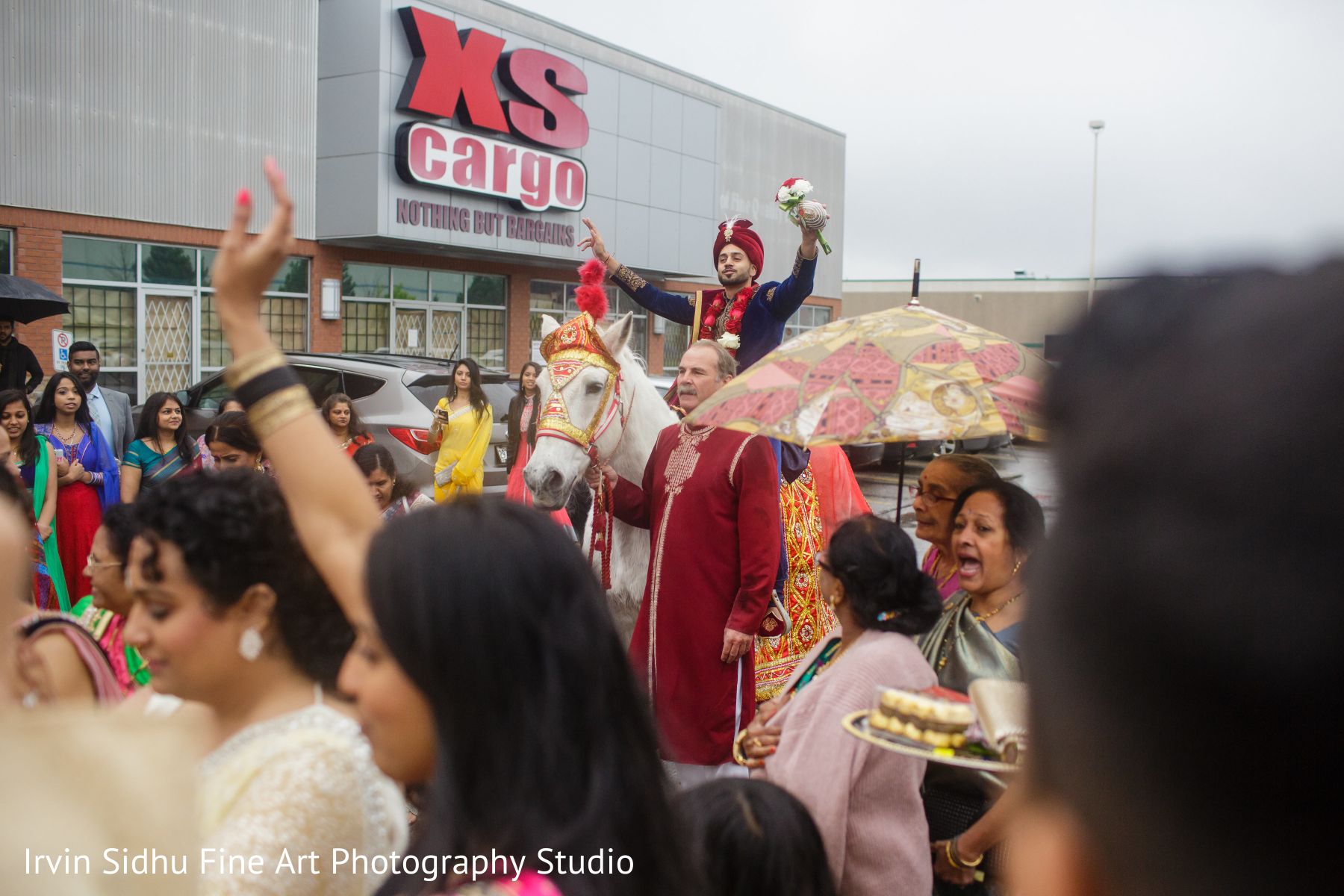 Enjoyment has no boundaries. The groom looks handsome in this bluish tone Sherwani! 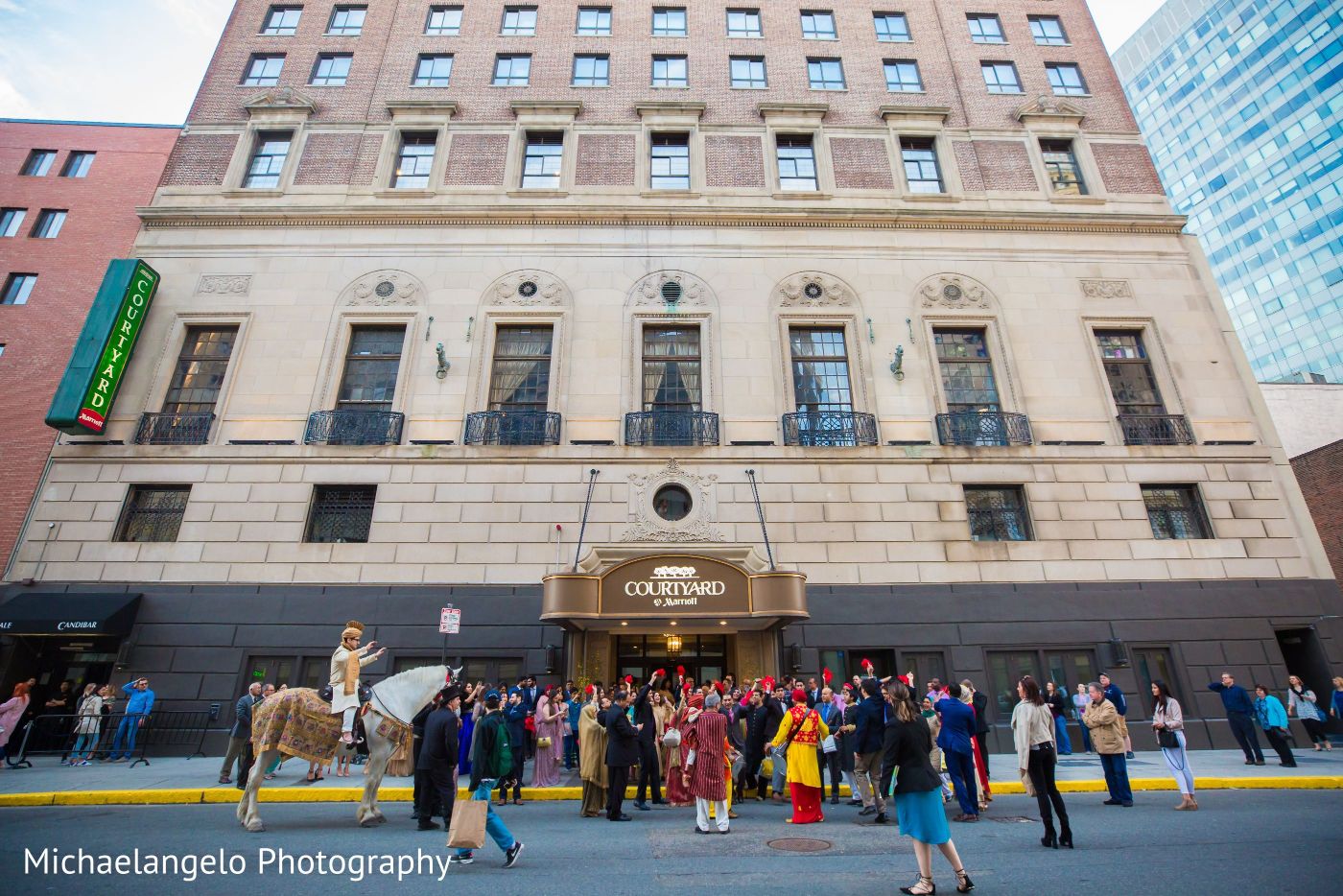 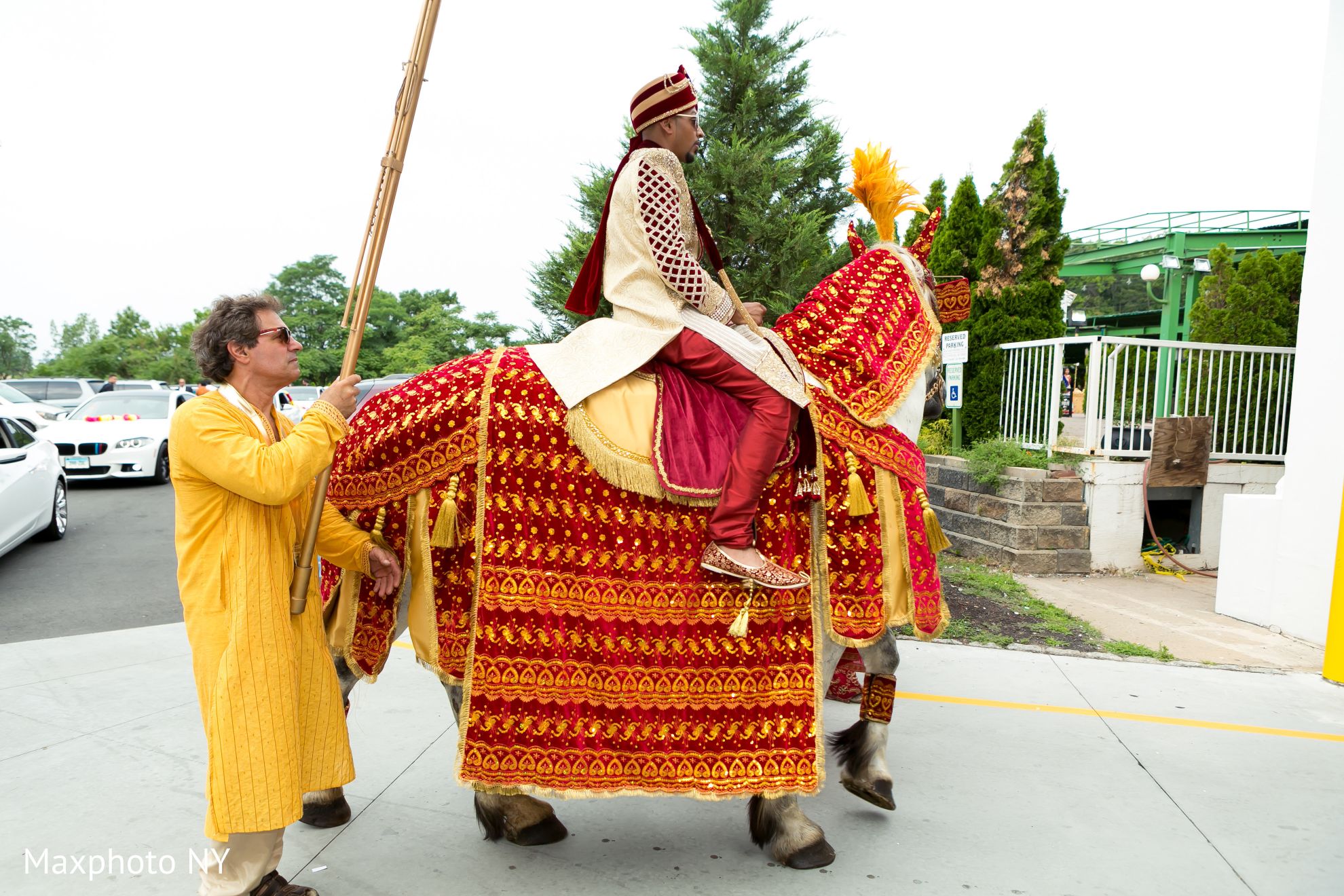 If you are coming on the Ghodi your folks can embellish the horse with a velvety cloth which magnifies the sharpness of the horse. The red layered cloth had got that yellow embroidery on it. Looks exclusive! 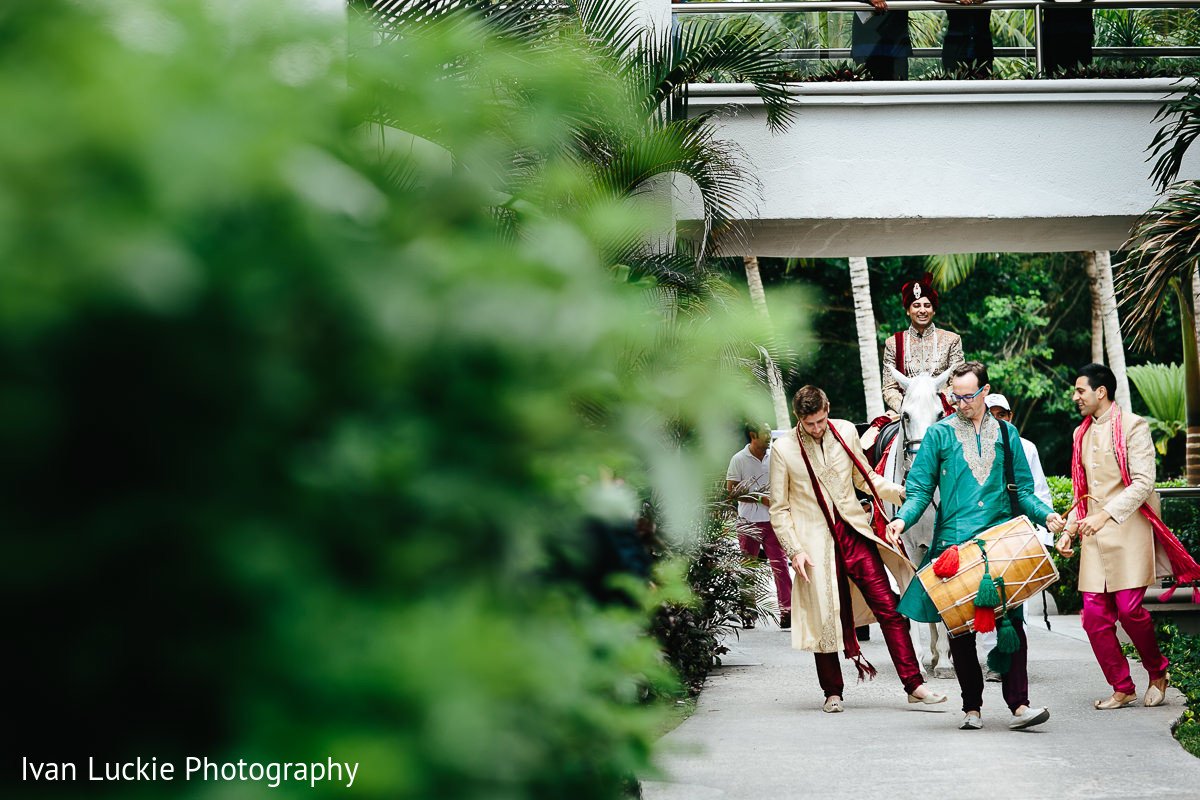 The warrior vibe enters in! Enter like a regal ruler to win your queen in a horse drawn carriage. 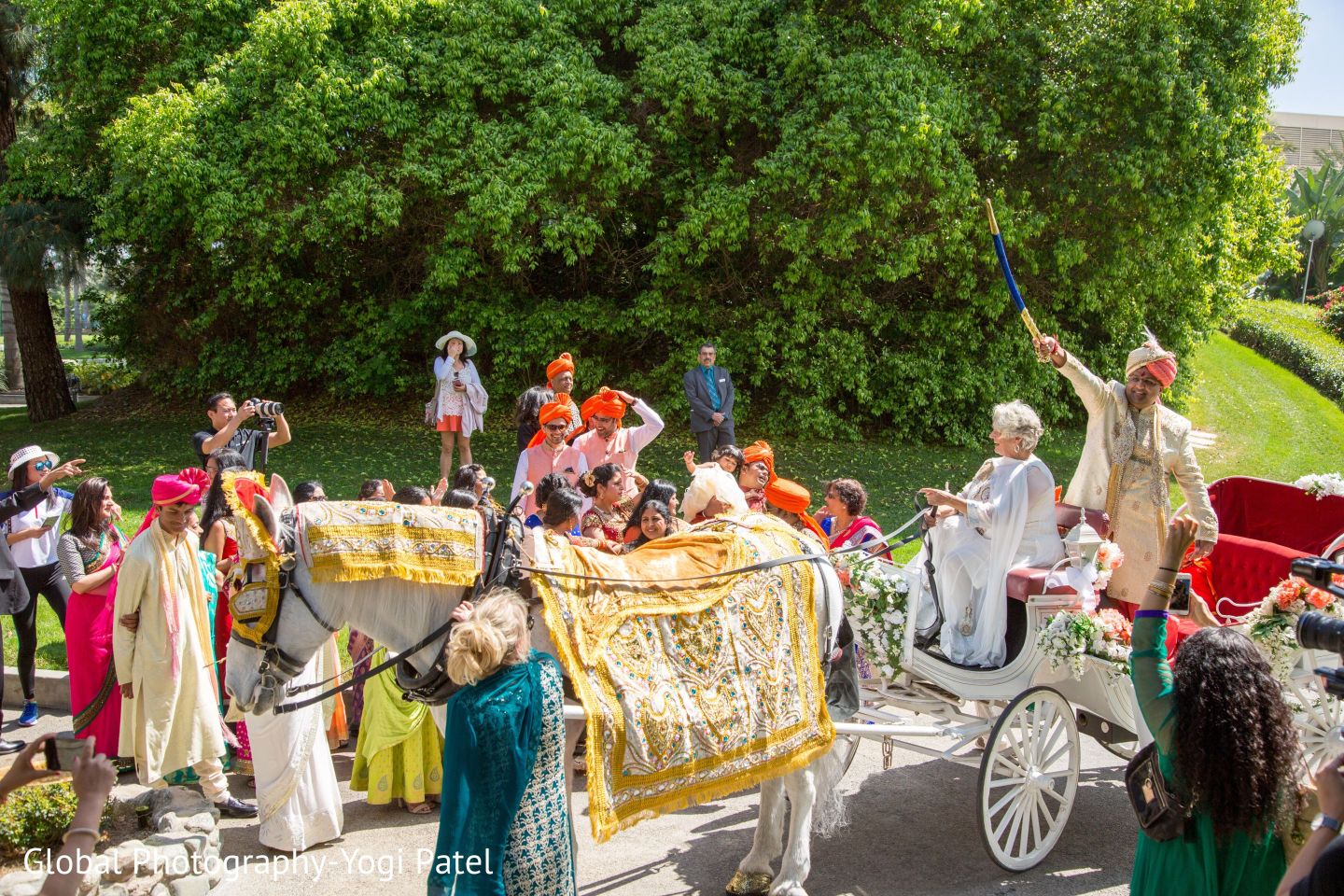 See that groom with the sword. Here, the Ghodi (horse) back has got that golden cloth. The real Goldie feel! See if you can get your grandmother be your rider then you are all set for a cool baraat for sure like this one! 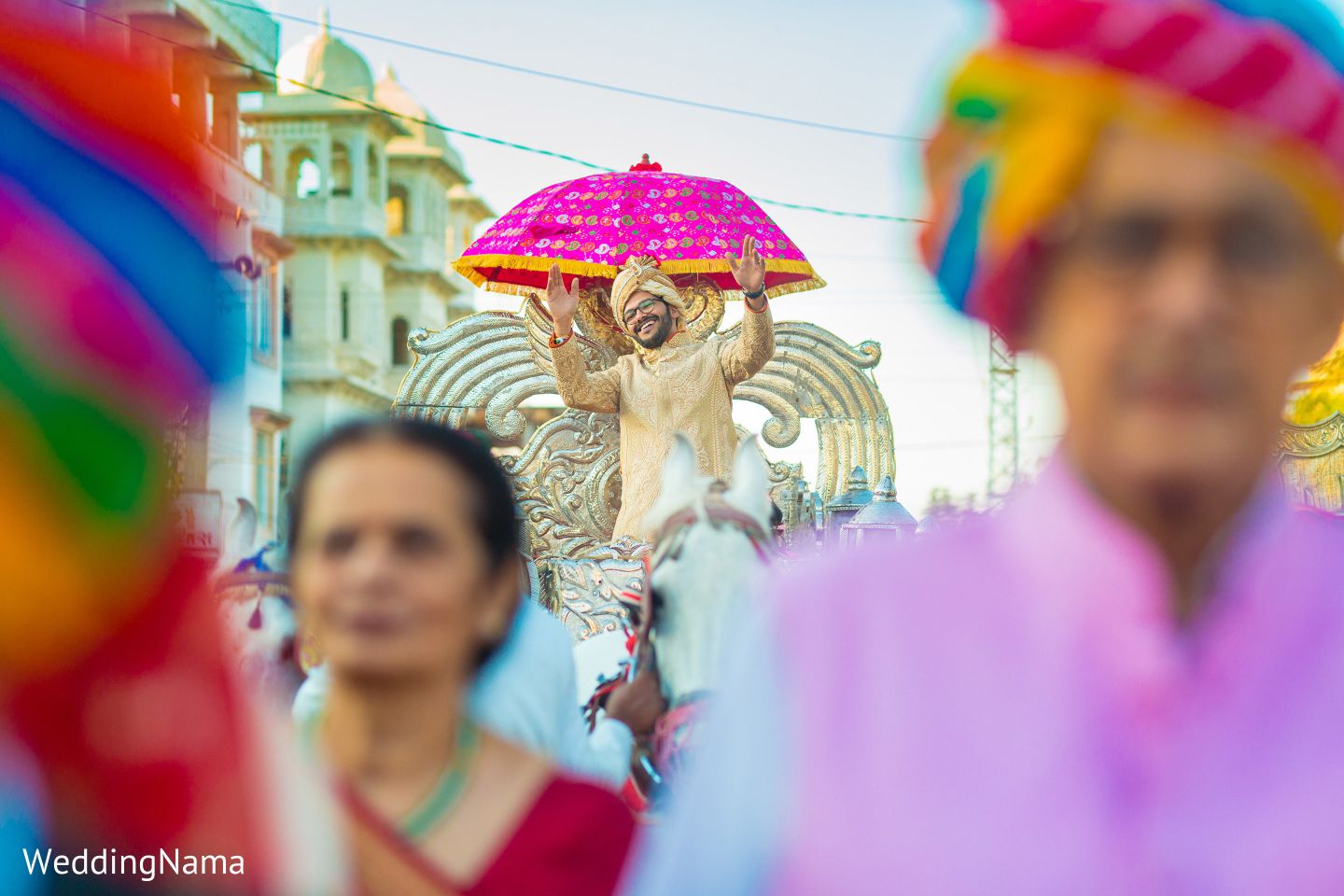 Try getting on the Chariot umbrella too. You may choose from different colors. Here, the pink looks soft and stunning. 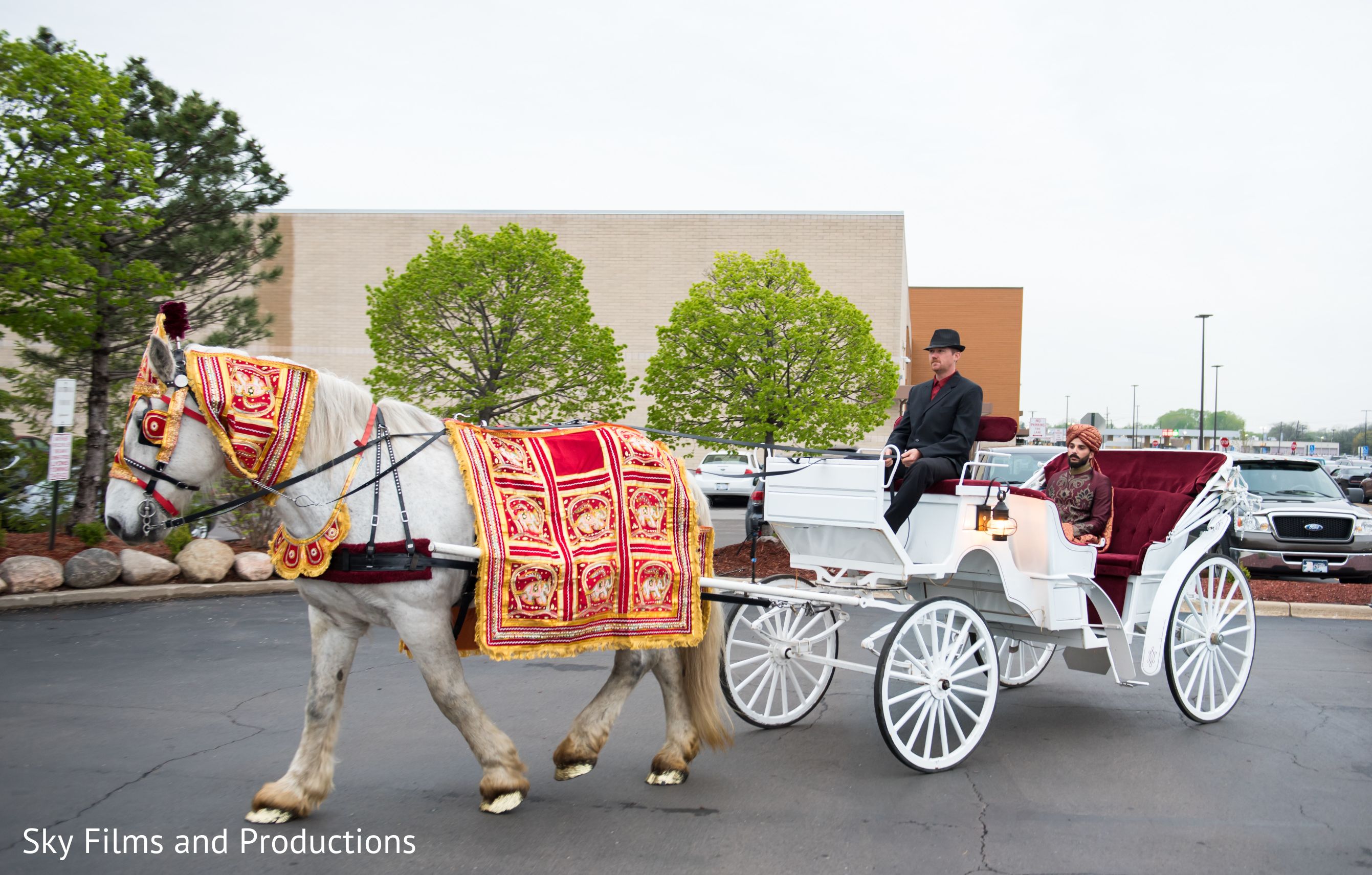 It looks so royal! Any little member from your family can be with you as you sit on the studded Chariot.

Just don’t sit on the Chariot! Groove and feel that energy around. Act out some Desi moves and your photographer will be more than happy to click your vibe. 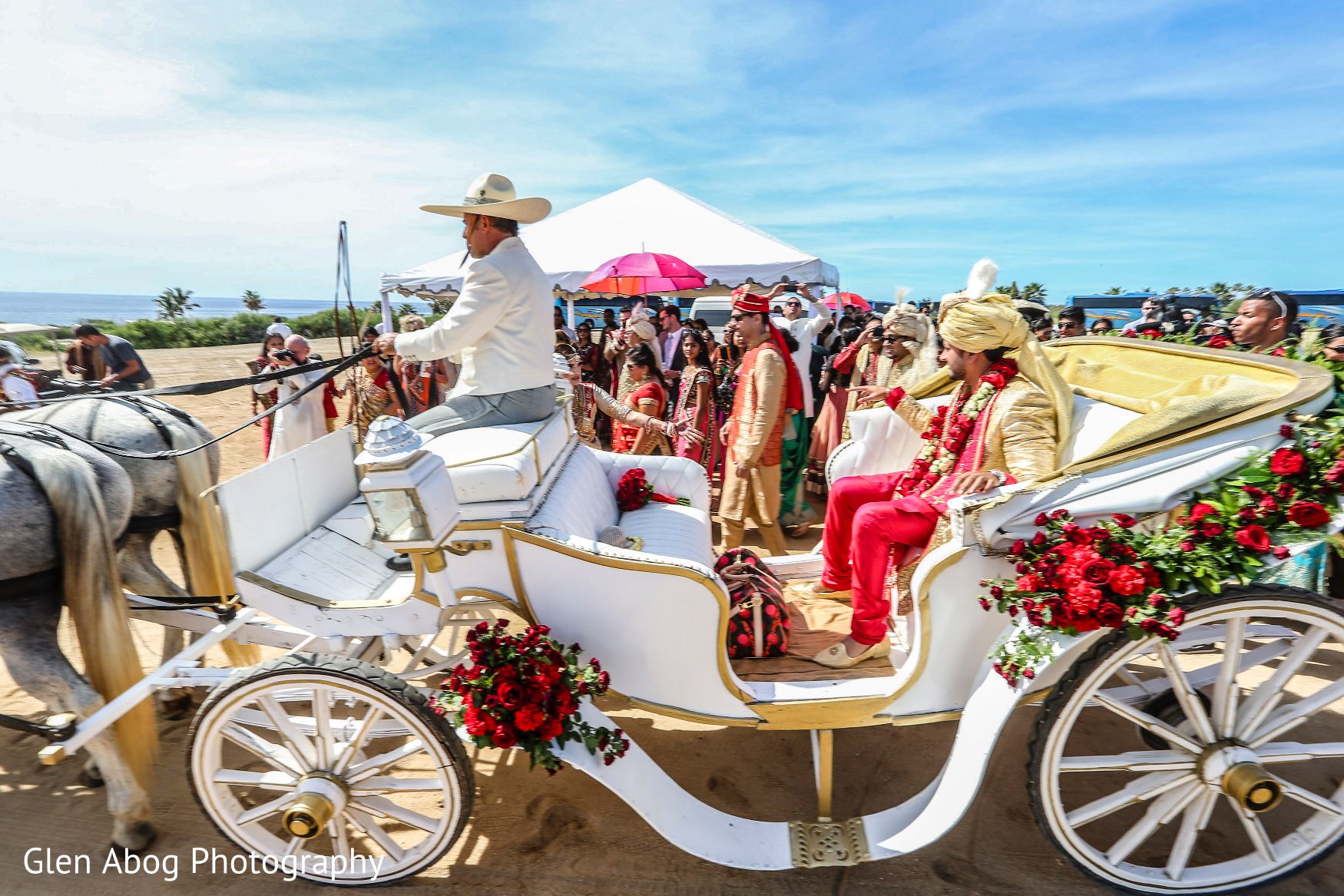 When it comes to the decor of the Chariot! You can ask your florists to come up with a bunch of roses or orchids which can be tucked around the wheels and the seat. Go with what suits your mood. This is a blend of Mexican and Indian wedding. We Indian even make Mexicans fall in love with our Baraats. 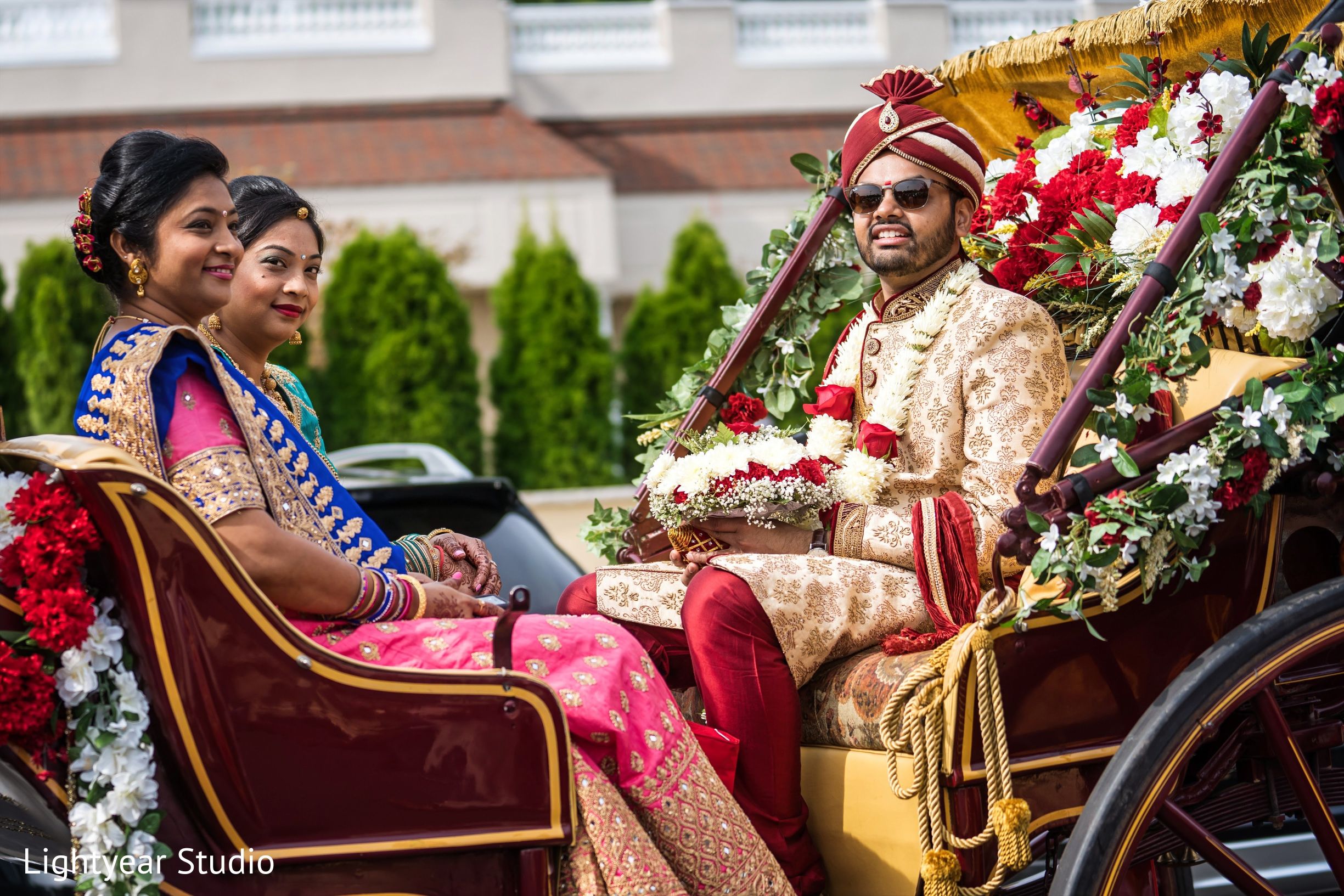 Here’s more to the flower! Looks stunning as the floral backdrop looks insta-worthy. The flowers match with the groom’s attire.

If you plan to brainstorm some ideas on how your Ghodi will look more royal. You may take this idea into consideration. The red stripes with colorful polkas.

There is no limit on how many people can sit with the groom on the Chariot. Everything is surreal!

Get the basics right and everything will fall into place. Just be in the moment and you’ll seek the joy at its best.

Baraat on an Elephant

Groom sitting on an elephant is so cool and super grand at the same time. Looks totally amazing and you feel like a king watching the action sitting on the top. Baraat on an elephant makes you look like a king and its true a royal experience. You can ask your best man to accompany you on your ride as well. 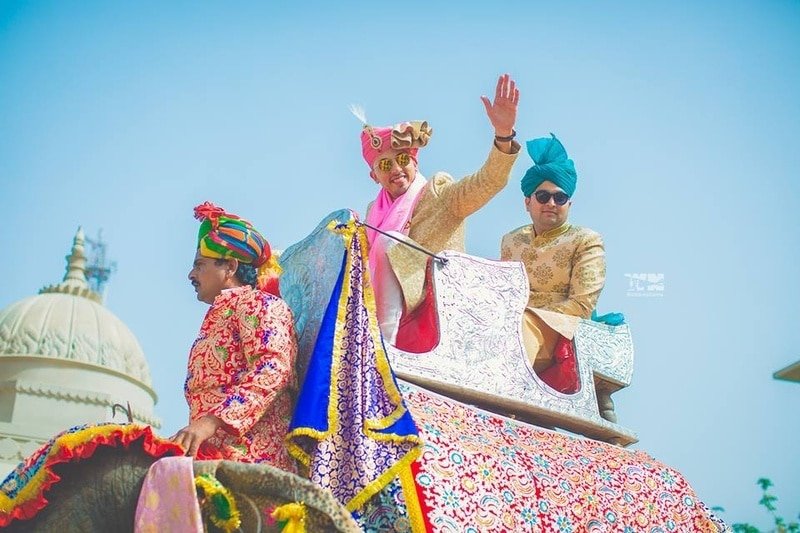 The mahout (one who rides the elephant) must be in a Indian baraat traditional outfit as he is also a part of the baraat. Getting on and off on an elephant for the groom could be a little tricky but mahout would take care of this. He would put a ladder or ask the elephant to sit, we would recommend to go for the ladder option to avoid any mishap as elephant bends a great deal while standing up and sitting down. 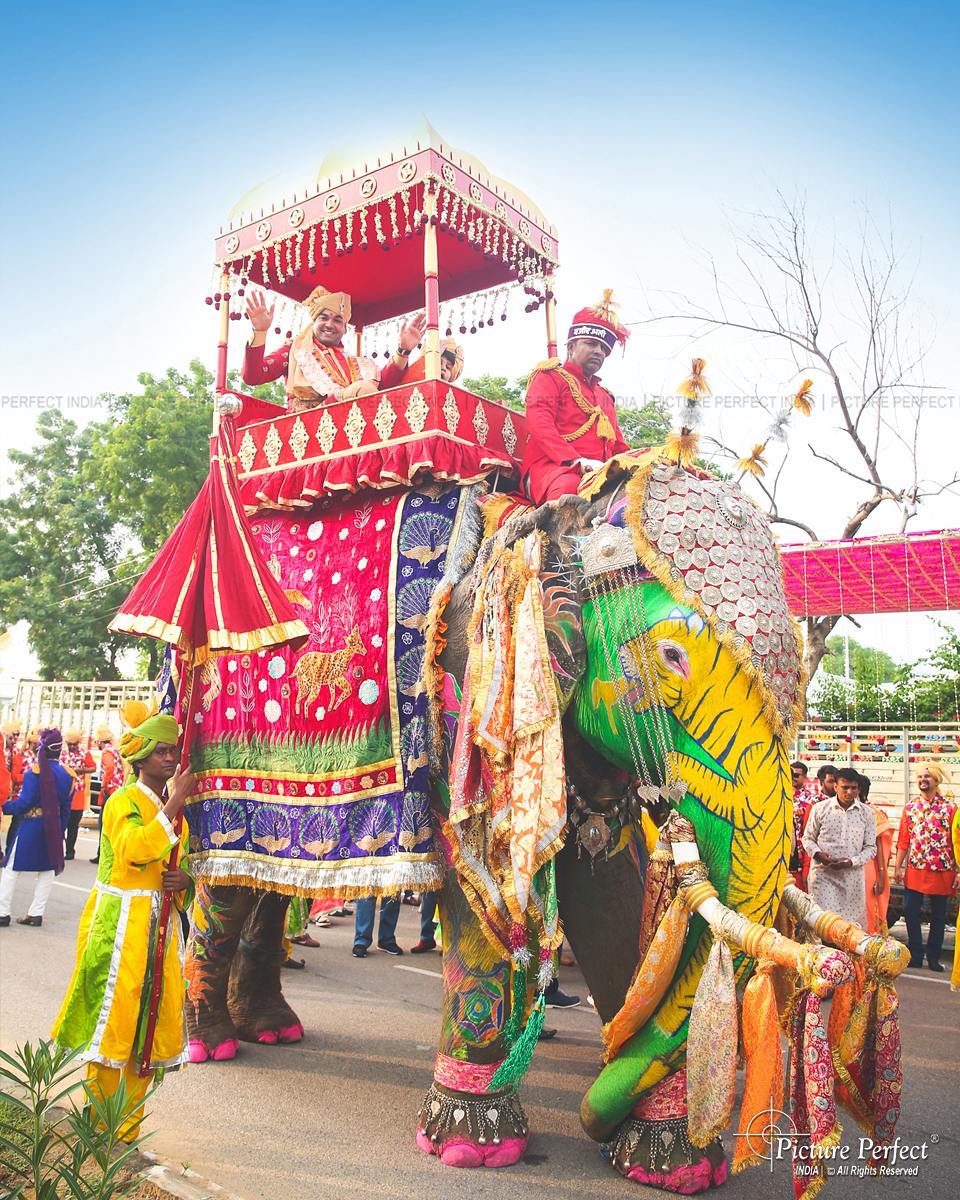 These elephants are trained and elephant rider make sure to keep the appropriate distance from the baraat. Elephant is decorated from head to toe and all around to enhance its beauty even further. You would usually see these types of baraat in a Rajis Thani wedding which happens in the places of great “Thar desert”.

The amazing decorated car will move forward along with the Baraatis at the lowest speed of 5 kmph. The classy car stays on the top of the game even if it’s in the slow mode. Even if there are few Baraatis the Groom can ooze up his own swag and intensity. Arrive in best of Lamborghinis or Ferraris or a vintage car. Too luxe! 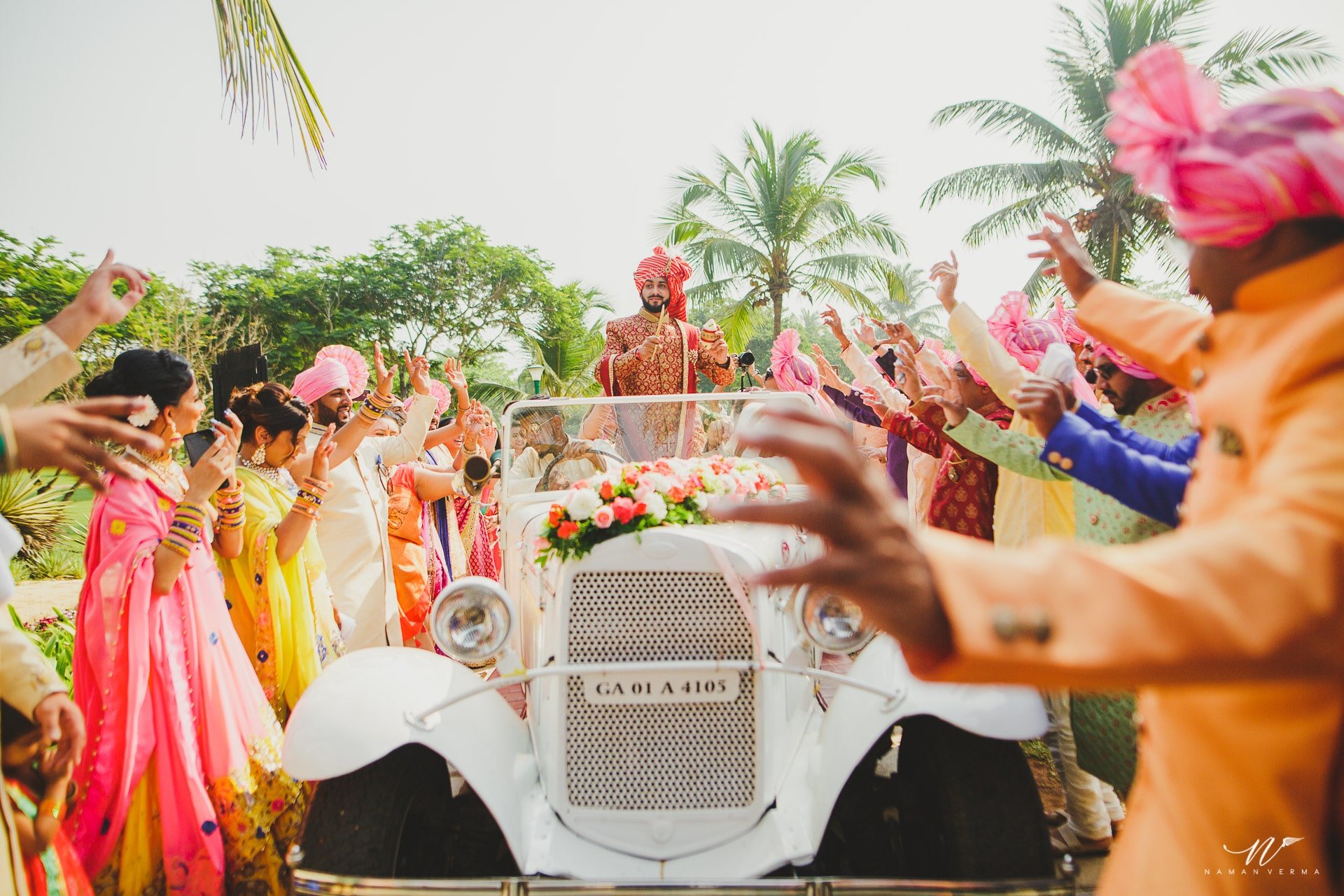 Vintage cars has its own grace and grandeur! Baraat is all about traditions & cultures and expressing your self – What else could be better than a true maharaja style entry in a Vintage! 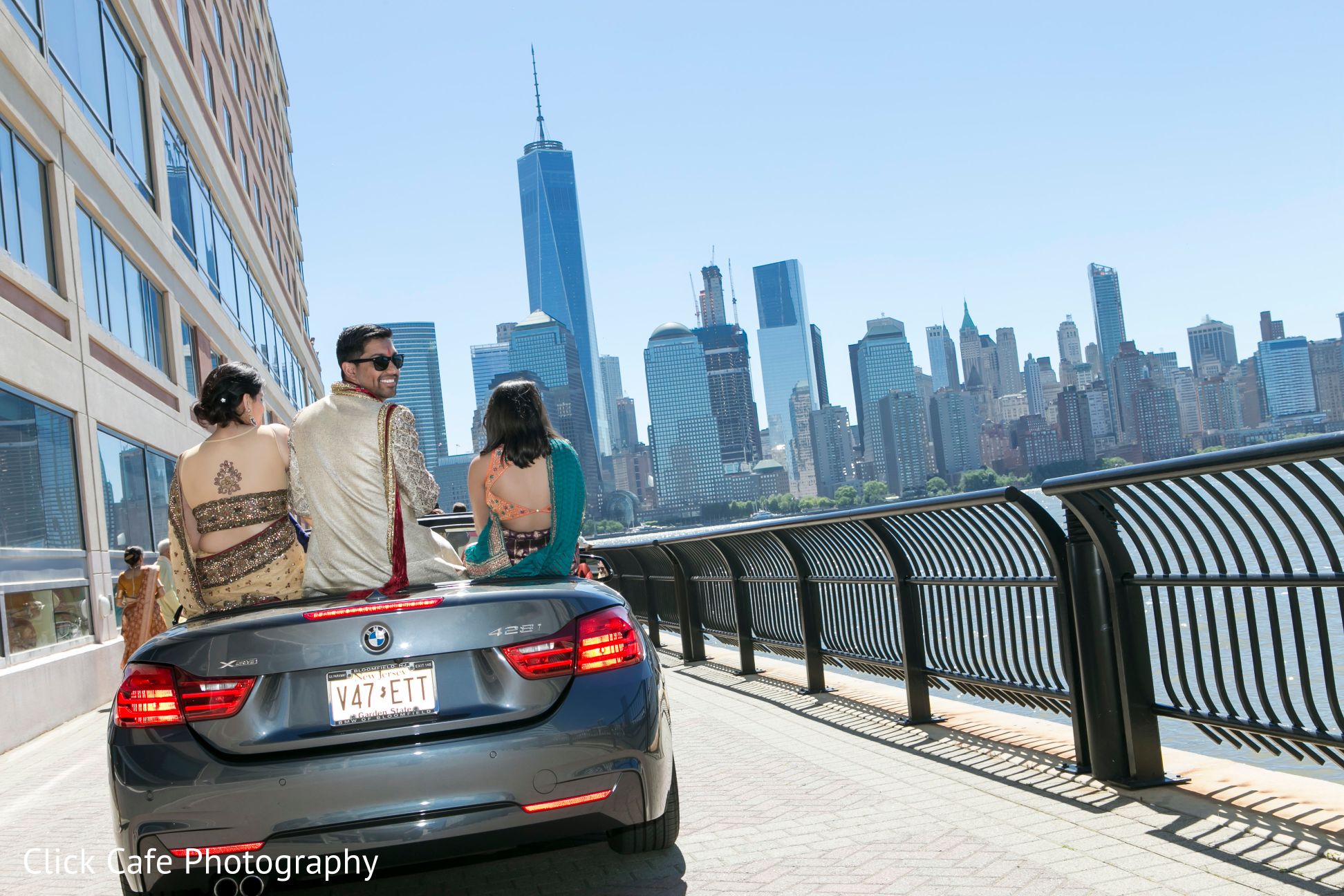 We said earlier that you can get to the venue with your own swag. While planning a destination wedding this would be the most appropriate and classy way to enter into a paradise. Typical Punjabi way! 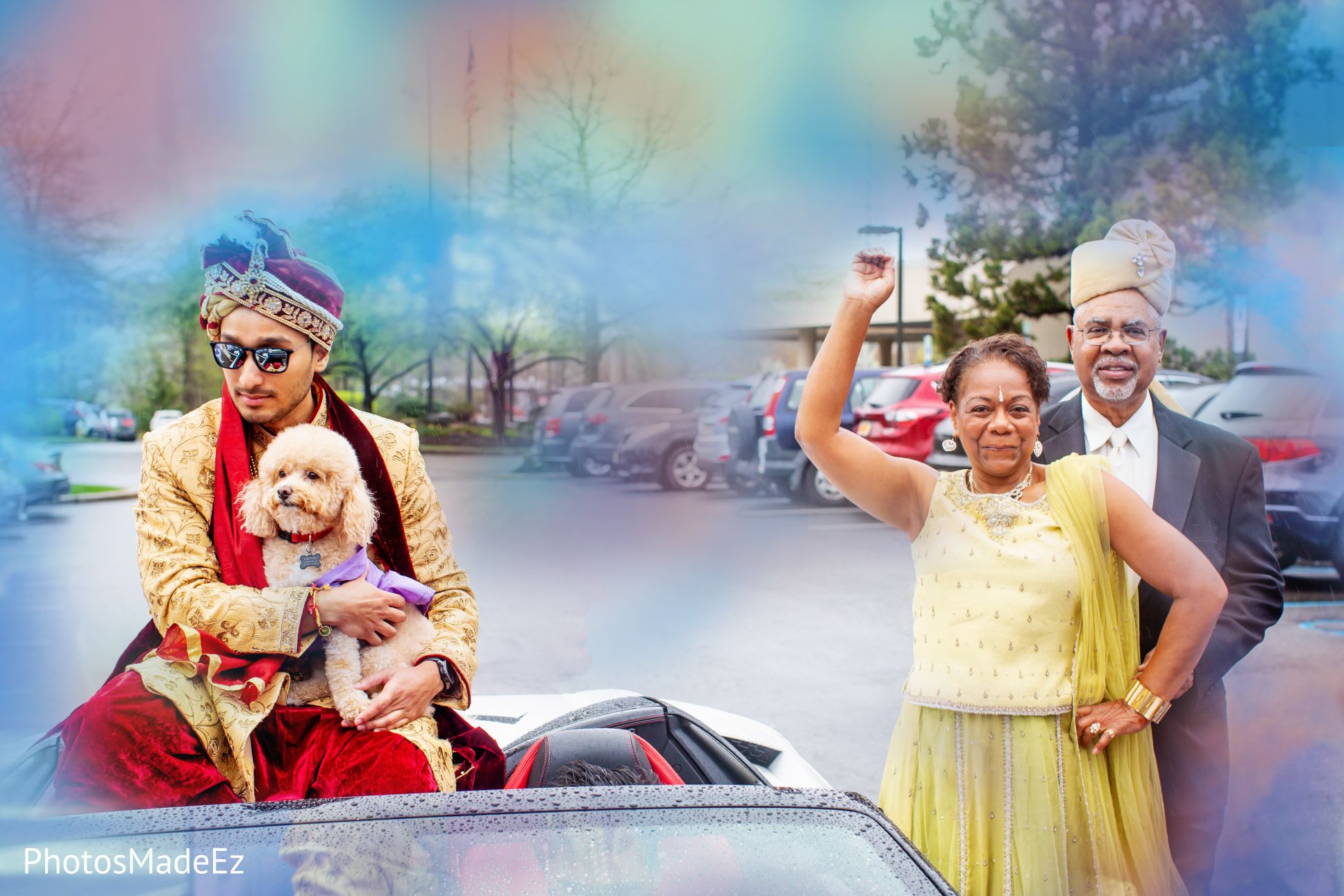 Take a cue from this one. How your flurry little lovers can stay out of such a grand big day. Allow your cats and dogs to enjoy the baraat moment.

When having a destination wedding, arranging a horse or an elephant could be a real challenge! But going for a Baraat which has only the beats of a Dhol could be an amazing option too. 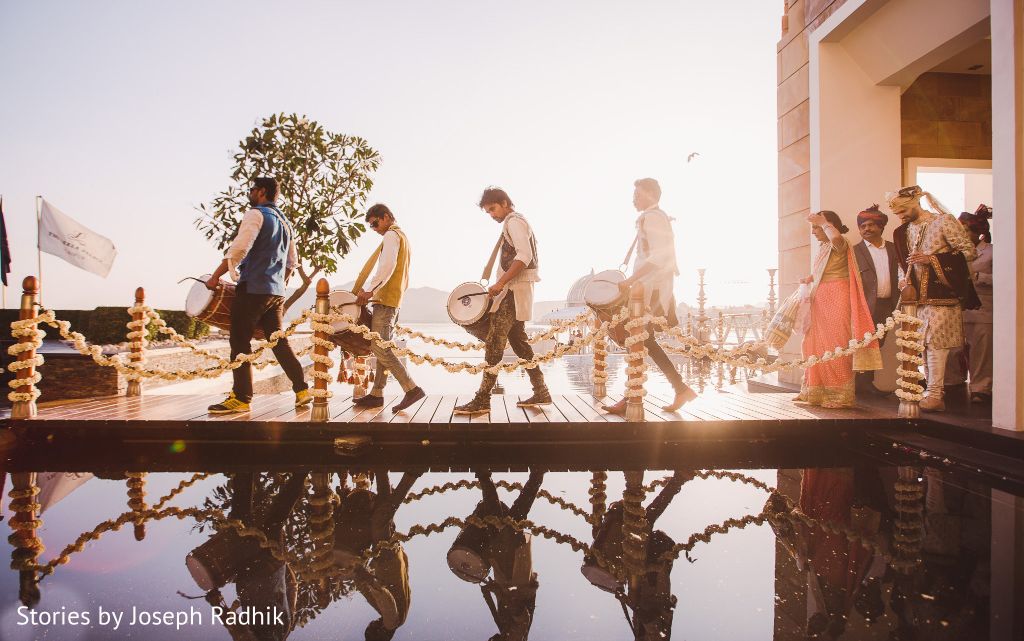 if one of your friend knows how to play the Dhol then you have won the jackpot on your destination wedding. Since you can asking him to play it whenever you or your friends feel like dancing! Pure Dhol is not only fun but also economical since it greatly reduces the cost of baraat and making a fun is entirely in the hands of friends and family!

Welcoming the Baraat at the Venue 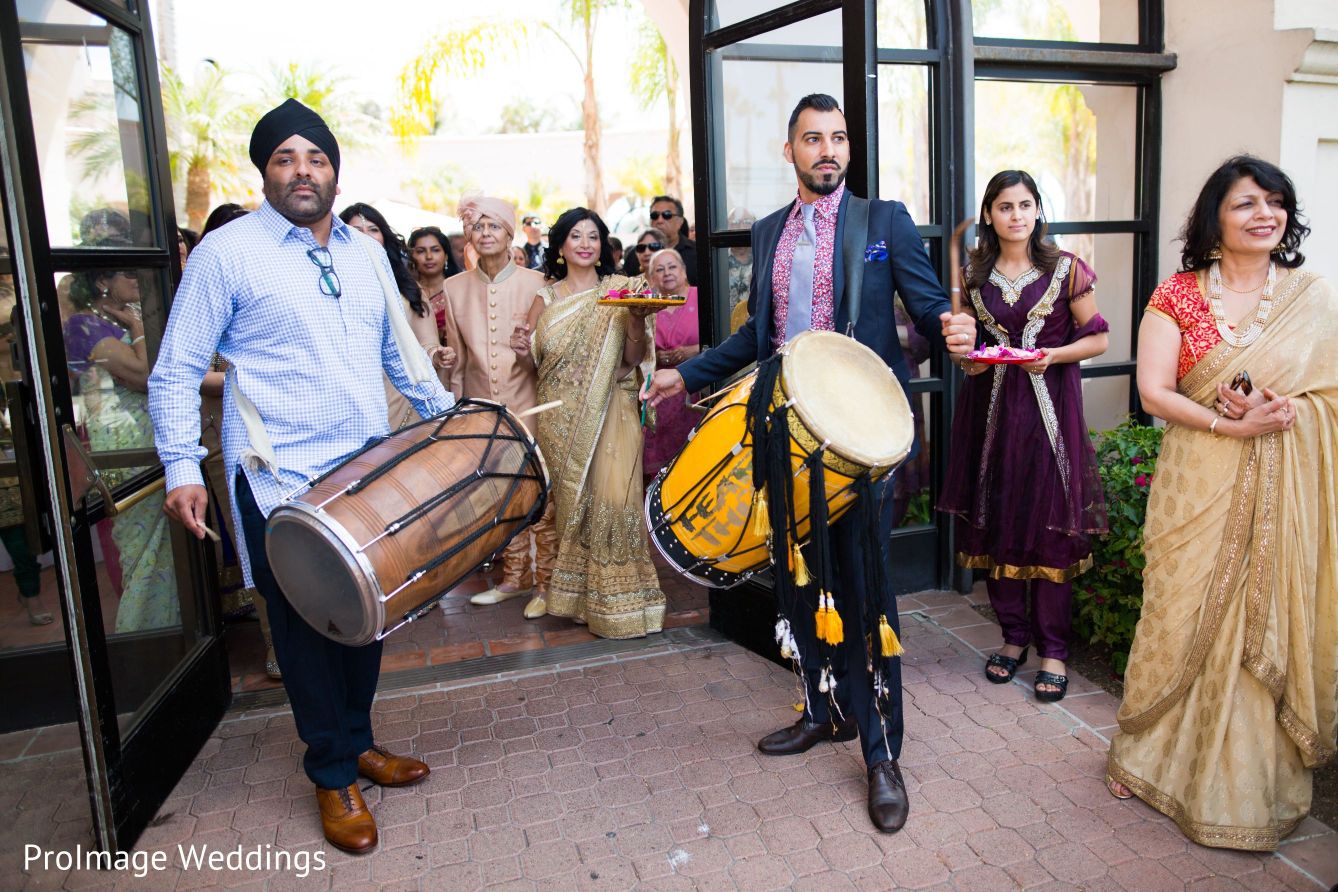 The dhols will be waiting for you. You may also decide any dress code for the pair at the door.

Well, you know Baraat is something which just starts and there is no such formula to make it this way or that way. It’s totally up to you how you enjoy and embrace it. 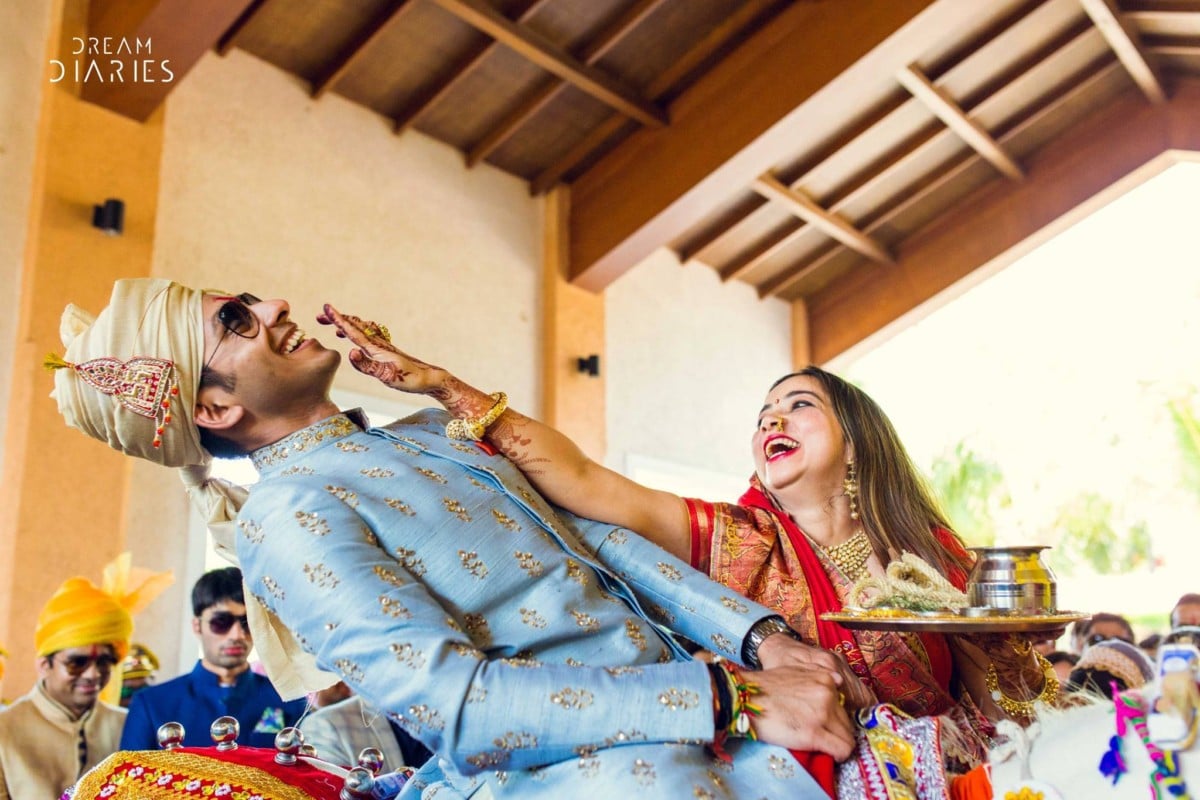 Welcoming a groom is different in different cultures as this one is very close to the Gujrat out there! Mother of the bride pulls nose of the groom and performing Aarti (a small Pooja ceremony for the groom’s welcome). 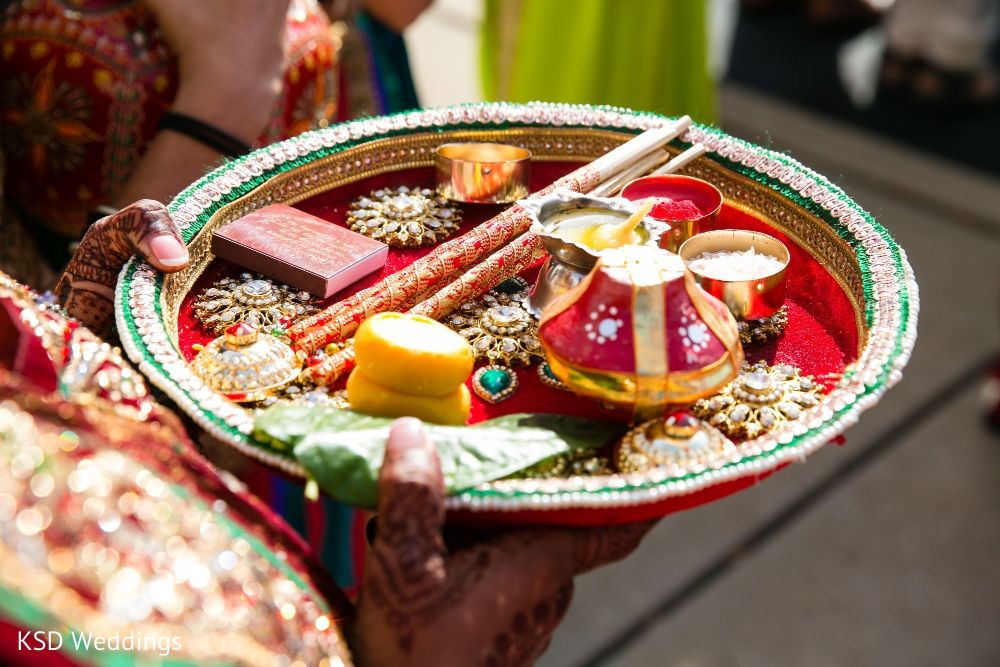 On the entrance, the elderly would be having this Thali in their hands. A Diya, sweet, red kumkum, and red-rice. You will be welcomed with this ritual. 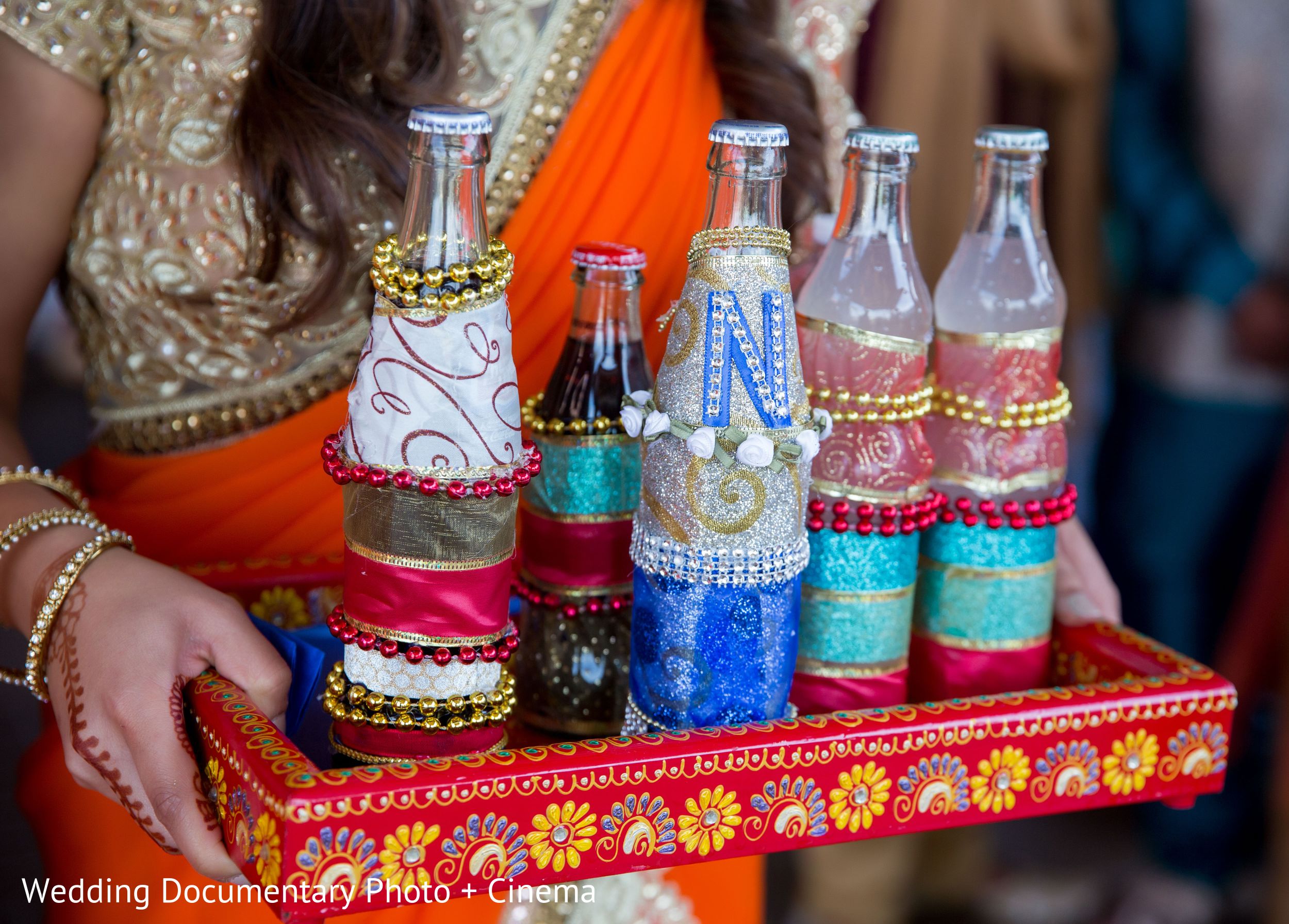 Around you, there would be lots of energetic people dancing and they also need to stay hydrated. So, one can do that by holding some bottles of cool beverages like coke or lemonade. See how well embellished they are. Looks super!

You may get into more details and paint the tray with red and shade it right as well. Put on some yellow dots creating a Rajasthani feel. Yassss! 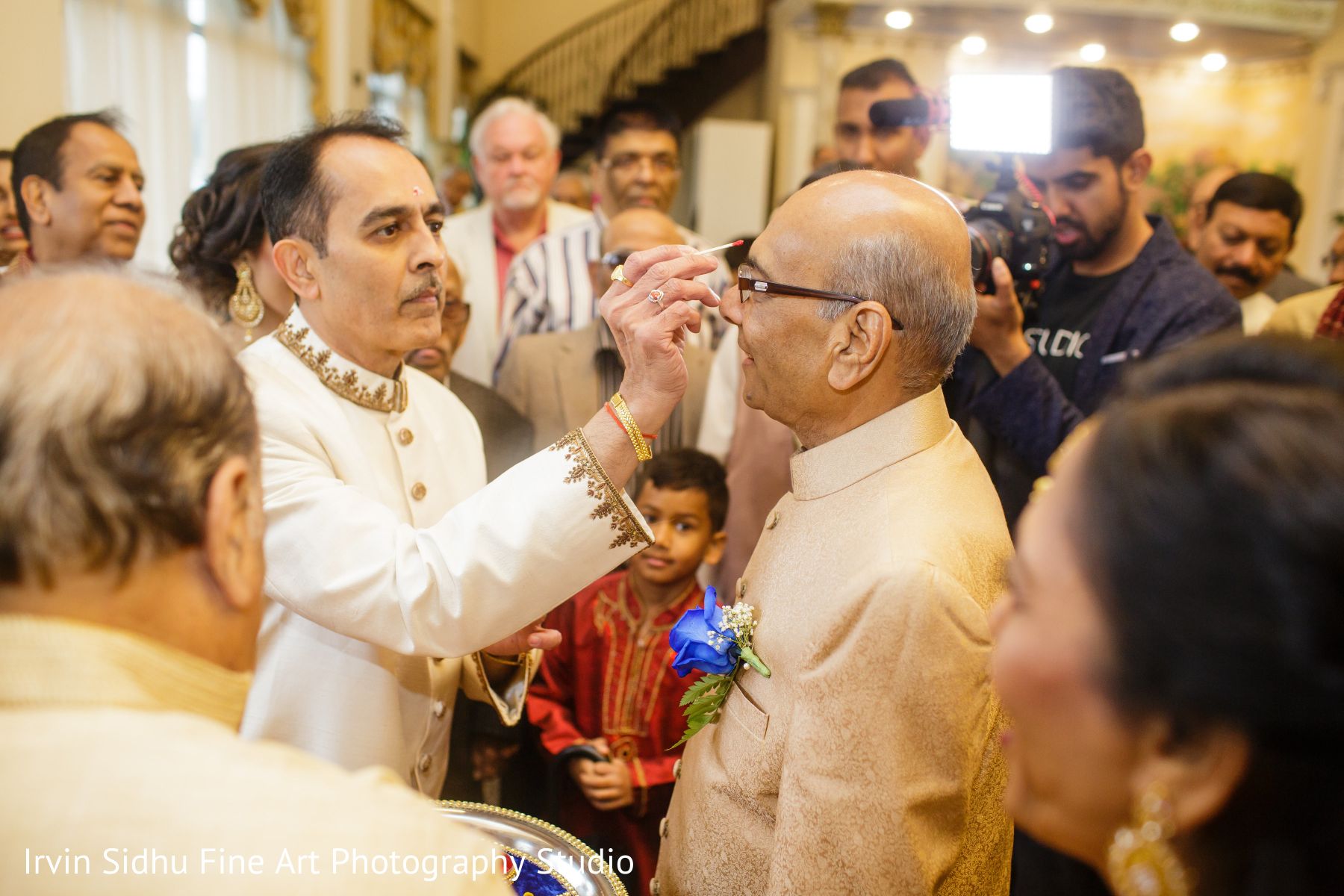 This is how the elderly meet at the entrance and welcome with a Red Tikka. red tikka is considered very auspicious in hindu culture and it’s a sign of purity and good vibes. 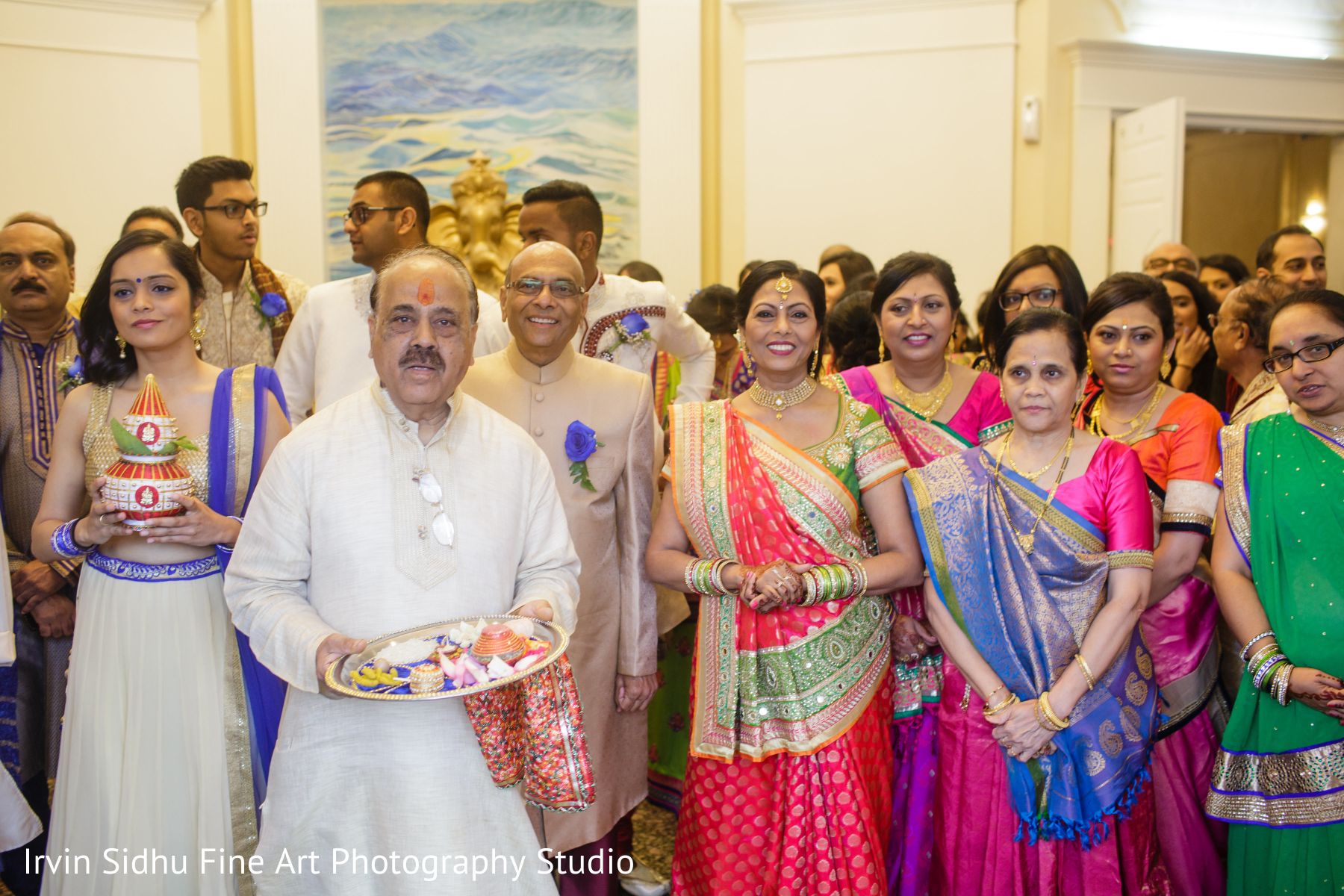 This way the Groom gets inside the venue where his beautiful bride is waiting for him. Later, the sath pheras will be followed by the dinner the folks are waiting for.

The new age groom also arrives in the car. There have been many instances where the groom cames with a special private jet. So, you could come walking, via Car or the traditional way i.e sitting on the horse (usually mare or ghodi). You can simply choose! The music of the Baraat is the new level magic that happens and acts as the catalyst for the whole ceremony which lies ahead.

The shehnai and the upbeat music makes you and your folks groove and brings the Rajnikant out of your so-called sincere Mamaji. You may see your uncles and aunties dance their hearts out. At least! The brass Bands are preferred by the Rajputs while the Punjabi’s are used to Dhol.

Now, the Desi phenomena of the Baraat is gone global and hence you can tweak the processing as per your need and in which nation you are staying in. Baraat which has the beats on starts the wedding ceremony with a Bang.

Indian baraat in Indian and Indian living outside Indian (known as NRIs) could be different since most of the weddings in India are performed in the evening on the contrary to the NRI weddings which usually happen during the day. So, baraat in these weddings could be different. Also it depends on the culture to culture as how the groom wants his baraat to be. But no matter what baraat is such a fun experience that no-one would want to miss it as it has essence of Indian wedding and age old tradition.