Whenever you see our Bollywood celebrities in traditional wear, you feel quite close to it as all the western wear they wear is difficult to copy. You can’t ignore the fact that you love our Bollywood celebrities more in ethnic and traditional outfits than western ones. And another advantage of ethnic wear is that you will never be out of fashion. No matter what is trending, saris never get old. And when celebs experiment with their look and present themselves in their sexiest form, they look just awesome. Here are 8 ways when Bolly celebs looked adorable in traditional wear. 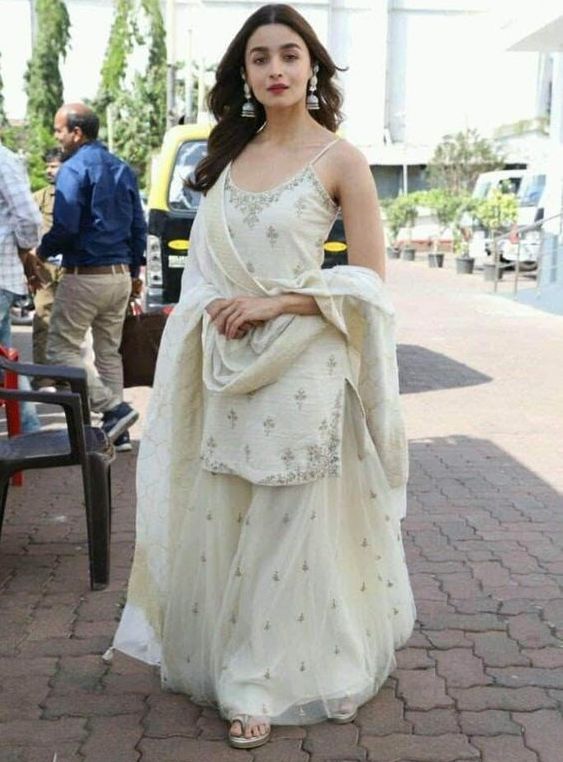 While talking about fashion, you can’t avoid this rowdy boy of Bollywood. It is true that he looks very sexy and hot in whatever he wears. But, in this complete white look, he is just stealing our hearts. Ladies, be careful!

If Bajirao is there, how can we forget about his Mastani? In Raam-Leela and BajiraoMastani, she has shown how glamorous she can be in ethnic wear. And each time she appears in saree or anarkali suits, hearts go ‘Oh My Gosh’.

We don’t need to repeat the fact that she is the trend setter of Bollywood. Whether it is ethnic or western, she just kills people with her appearance. She is the one who has mixed and matched her ethnic wear and also given it a western twist. This is the look we are talking about!

Along with his career graph, his look is also getting better and better. Maybe he is not the best dressed man in Bollywood, but his fashion sense is stealing the show now-a-days. And when it comes to ethnic wear, this man is really winning hearts. Don’t you agree with the fact?

What to say about our very own ‘Desi Girl’? She has already killed us with her look in Dostana. She is the trendsetter of wearing sari with designer blouses which have heavy embroidery work. Whether it is saree or lehengas, she is full of oomph factor.

She is the epitome of teen fashion. Rather, she is the face of teenage girls of the country. Often young girls try to avoid ethnic wears as those are heavy and dazzling a bit. But, the diva has shown how to carry ethnic wear and look vibrantly sexy at any occasion. Try once and see your beautiful transformation.

He is the Nawab, after all. His love for traditional wear is well known as almost in every family occasion, he is seen in ethnic wear. His appearance in Jodhpuri pants, kurta and pagri has given him the king-like look. His awesome sense of fashion trends and styling has made him appear on this list.

The Baadshah of Bollywood often appear in black suit at every gala event, but when he chooses to wear ethnic, he can steal millions of hearts. Yes, he prefers to keep it simple, but that simple and casual look can light thousand crackers!

The list is never-ending. Bollywood celebs look splendid in ethnic wear. They should try it more often so that fans can follow their style and make it their own.