Sarees are the oldest form of Indian traditional attire which have won several hearts throughout millions of years. It has gone through several improvisation and today, you get amazing sarees to wear. Silk sarees are one of the oldest form of sarees and loved by women of all ages. But, silk was not the sole product of India. Rather, the production of silk was originated in China during the Neolithic Age (4th Millennium BCE). It was confined within the territory of China until the Silk Road opened and traders started trading with silk.

It took no time to get immensely famous among women, especially among the high-class ladies, like queens and wives of traders. From ancient queens to modern day divas, silk sarees have mesmerized women with their oomph factor. 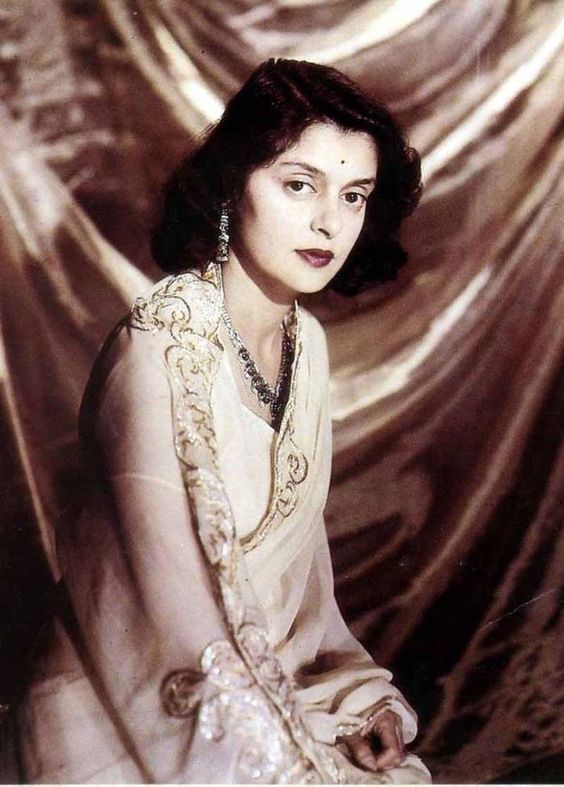 If you have seen images of ancient queens and princesses, you must have seen them in heavy silk sarees which were quite difficult to carry. But, in parts of the then Bengal, a superfine silk saree was woven and that was famous worldwide in the name of ‘Muslin’. Today, the muslin you get is completely different from its earlier version. According to folklores, the quality of a muslin saree was considered through the ring test. If it could pass through the ring, the saree was regarded of the highest quality. Not only the princesses and queens, but such sarees were woven for the Gods too.

Usually, silk was pricey then. And also considered auspicious. Queens usually wore silk sarees during religious occasions. Commoners used to wear cotton. Take the example of MaharaaniGayatri Devi, the Queen of Jaipur. She was the epitome of grace and style and the silk saree is a material that can enhance her grace.

You can’t imagine weddings without banarasi silk saree. The gorgeous colours along with beautiful zari work make the sari delightful. Earlier, each sari was woven with gold and silver zari and those were high priced. Only queens and princesses could afford that. But, in this 21st century, the work of banarasi saree has changed a lot. Though the designs are bit traditional, but the sarees are quite lighter than their earlier versions. Even, today girls are preferring lehangas of banarasi silk with heavy embroidery. Over the year, this saree has remained the epitome of traditional attire.

Kancheepuram is one of the towns of Tamil Nadu which is also known as the Silk City. Earlier, the weavers wove silk sarees for gods as there are numerous temples in this city. Soon, the silk sarees become the integral part of every occasion, especially weddings and all. Today, also, South India is famous for Kancheepuram silk and lots of other types of silk saree which are not only favorite of older women, but also loved by the teens.

So, here you get an idea about the evolution of silk sarees and how women of all ages loved to wear them.